The CDC warns that the coronavirus spreading across the U.S. is "inevitable."

Another day, another massive stock sell-off in response to the SARS-CoV-2 coronavirus. In trading today, the Dow Jones Industrial Average dropped 3.1%, the Nasdaq Composite was nearly as bad with a 2.8% decline, and the broader S&P 500 fell right in the middle, closing 3% lower. 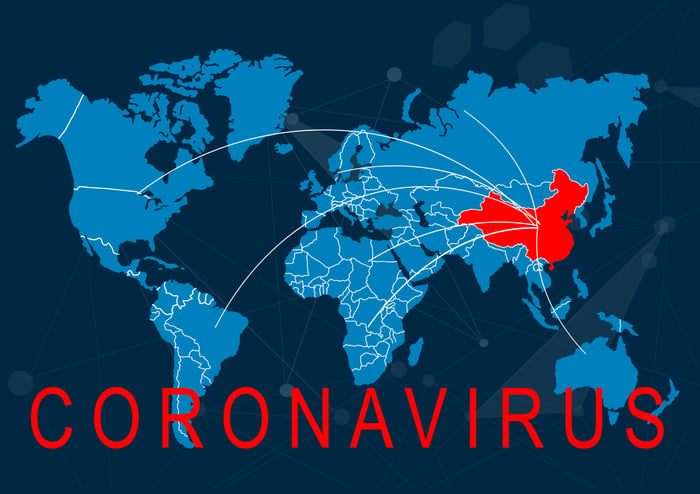 But didn't we already know all there was to know about the scale of the coronavirus outbreak Monday? Apparently not.

And on Tuesday, the Centers for Disease Control and Prevention (CDC) issued a stark warning: It is "inevitable" that the disease will spread throughout the United States. The virus is not contained, it said, and "It's not a question of if this will happen, but when this will happen, and how many people in this country will have severe illnesses."

Although it was certainly not its intention to do so, I doubt the CDC could have phrased its message in a way more calculated to cause panic than if it had tried. And the agency then proceeded to urge businesses to begin planning to consider replacing in-person meetings with telework, The Washington Post reported. Schools are being urged to consider internet-based learning, and hospitals are to prepare for triage.

Under these circumstances, the idea of being cooped up aboard ships at sea or inside sealed aluminum tubes in midair translates into bad news for cruise lines and airlines alike.

As Senator Richard Shelby, the Alabama Republican, said today: "I think the American people are very concerned and should be. I'm concerned."

And the stock market is, too.