A massive rally from his counterpart, Prime Minister Narendra Modi, has gotten many of the headlines covering President Trump's visit to India. More than 100,000 people attended the rally, cheering wildly for the American president, with many wearing hats that read "Namaste Trump," a part of Modi's attempts to raise the bar for the lavish treatment given to Trump by other heads of state, including China and Saudi Arabia.

Trump's visit to India wasn't just a celebration of the ongoing "bromance" between the heads of state of the world's two largest democracies. The visit also included the signing of what could prove to be a landmark agreement involving U.S.-based Chart Industries (GTLS -2.40%), ExxonMobil (XOM -0.20%), and Indian Oil Corporation to expand access to natural gas throughout the country.

Both Trump and Modi used this and other recent deals to minimize concerns that the two countries could have serious trade issues in the near future, instead highlighting positives, such as the growth in trade between India and the U.S. in recent years. 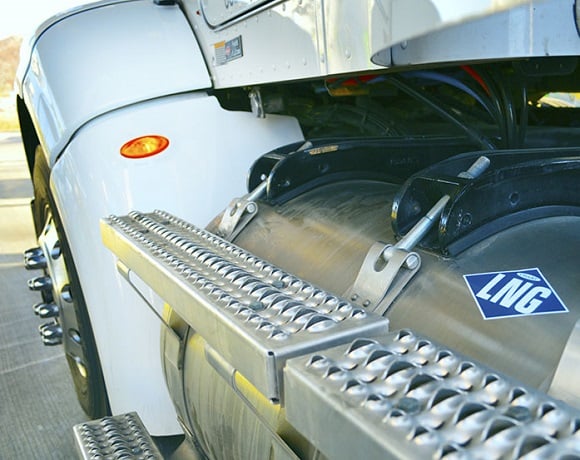 With more than 1.3 billion citizens, India is one of the most populous countries in the world, second only to China. And as much as the country's economy has boomed over the past couple of decades, much of its infrastructure is severely lacking, including access to energy.

The agreement -- which was signed by executives from all three companies, including Chart CEO Jillian Evanko, who was in attendance for the "Namaste Trump" rally -- is a "letter of cooperation" among the three companies to develop virtual pipelines to supply natural gas to parts of India that aren't currently connected to any natural gas pipeline service. The agreement combines Chart's expertise manufacturing and deploying liquified natural gas processing, storage, and transportation equipment with ExxonMobil's large natural gas operations and Indian Oil's presence in the country.

This agreement follows a 2019 memorandum of understanding between Chart and Indian Oil to promote the development of the LNG market in that country.

For ExxonMobil, this deal is a positive, with the world awash in natural gas supplies, and with India representing a massive potential market to soak up some of the world's production, while Chart could enjoy many years of growth as it looks to leverage its expertise in the equipment to produce, transport, and store LNG.