Please ensure Javascript is enabled for purposes of website accessibility
Log In Help Join The Motley Fool
Free Article Join Over 1 Million Premium Members And Get More In-Depth Stock Guidance and Research
By Keith Speights – Feb 25, 2020 at 8:22AM

You might wonder what Cantor Fitzgerald analyst Pablo Zuanic is smoking. There's no question that Zuanic has been one of the biggest bulls for Aurora Cannabis (ACB -3.12%) for quite a while. After Aurora's trainwreck of a quarterly update in November, he upgraded the stock while other analysts were cutting their ratings. It seems that regardless of what happens with Aurora, Zuanic's optimism remains largely intact.

While Cowen analyst Vivien Azer just downgraded Aurora Cannabis, Zuanic continues to give the stock an overweight rating (equivalent to a buy recommendation). He even boosted his one-year price target for Aurora to 3.80 Canadian dollars from CA$3.75, reflecting upside of around 85% from the current share price. Could Zuanic actually be right about Aurora? 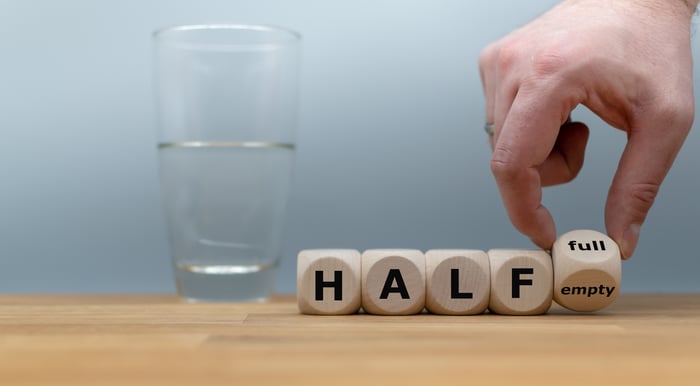 Where Zuanic is right

In November, Zuanic wrote to investors that Aurora Cannabis was "overall in better shape than peers." That came on the heels of the company's abysmal fiscal first-quarter results. But while an argument that Aurora is in better shape than its peers on an overall basis would be a hard one to win, Zuanic was and is right that the company beats its top rivals on some fronts.

Production capacity is the first item that comes to mind. Of course, Aurora is delaying the completion of construction on a couple of its facilities and won't scale up to the production capacity that it had planned on earlier. Still, only Canopy Growth is even in the same league with Aurora when it comes to capacity.

But with the current dynamics at work in the Canadian marijuana market, capacity isn't as critical as it used to be. What's more important now is how inexpensively a company can grow quality pot. Aurora ranks among the leaders in the industry on this front.

In its fiscal Q2 2020, Aurora's cash cost to produce cannabis was CA$0.88 per gram. The company's gross margin slipped to 44% due mainly to a provision for returns and price reductions. Aurora also could see some pressure on margins as it targets the value market more heavily. However, its gross margin should remain strong overall.

Also, Aurora has been able to retain its No. 2 market share in the Canadian adult-use recreational marijuana market. As Zuanic pointed out recently, Aurora is one of just five Canadian cannabis producers that have managed to keep adult-use marijuana prices above CA$5.20 per gram, reflecting its relatively solid consumer market position.

However, there's simply no way to ignore the serious challenges that Aurora faces. The biggest one is on the bottom line. Aurora posted a net loss of CA$1.3 billion in Q2. Although this figure included hefty write-offs related to goodwill and intangible assets, the company's loss would have been bad even without those charges.

Aurora's debt is another worrisome issue. The company has loans and borrowings totaling CA$273.3 million. It also has CA$271.1 million in convertible debentures. Aurora recently restructured its loan covenants to help manage its debt more effectively. But the problems haven't disappeared.

As of Dec. 31, 2019, Aurora had CA$156.3 million in cash and cash equivalents. That's not enough to carry the company much longer based on its spending rate, even with its major staff cuts and other cost reductions.

Aurora's revenue should grow -- but not at a fast enough rate to offset all of these issues. The company says that it will begin achieving positive earnings before interest, taxes, depreciation, and amortization (EBITDA) thresholds beginning in the first quarter of fiscal 2021 in keeping with its revised debt covenants. But it remains to be seen if Aurora can pull this off.

How Aurora could outperform

Most of Aurora's challenges apply to many other Canadian marijuana stocks as well. Several of the company's peers, though, already have major partners from outside the cannabis industry that give them cash positions that should help them navigate the troubled waters. Aurora doesn't.

Pablo Zuanic has stated in the past that finding a consumer packaged goods (CPG) partner and hiring the right new CEO could be just the catalysts that Aurora Cannabis needs. But Zuanic recently wrote to investors that his price target doesn't assume that Aurora will hire a great new CEO or land a big partner. My view is that Aurora needs to check off both boxes to justify Zuanic's optimism, although I suspect the stock will perform better in 2020 than it did last year.