Investors are shocked as a legendary CEO steps down.

Mastercard (MA 3.91%) stock is down again Tuesday, its shares off 6% as of 2 p.m. EST -- and it's not just because of the coronavirus scare this time.

This morning, Mastercard announced that its current CEO, Ajay Banga, will step down from his post at the end of this year, to be replaced by a relative unknown from within the company -- Chief Product Officer Michael Miebach. Unnerved already by the spread of coronavirus across the globe, investors aren't responding to the news well. 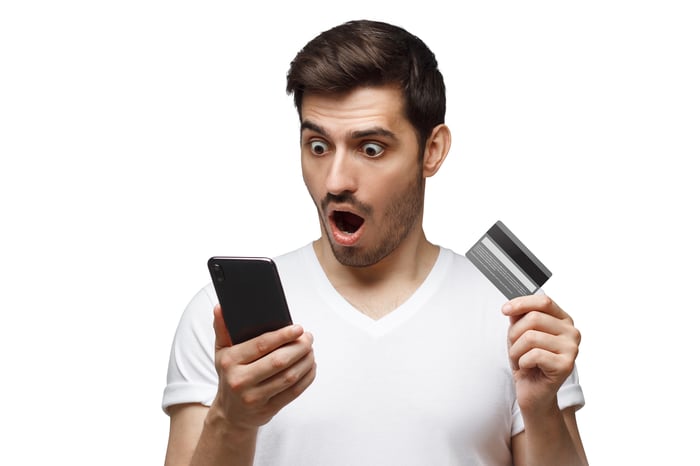 So why are they worried? Don't management changes happen all the time?

Well yes, it sometimes seems that way -- but this time may be different. Over the past nearly 10 years, Banga has overseen a titanic surge in Mastercard's stock price that took shares of this blue chip stock from $21 to $304. That's about a 1,350% growth in stock price -- better than 100% gains per year he's been in charge.

Over the same period, from 2010 to 2019, Mastercard's revenue has tripled, according to S&P Global Market Intelligence, and its profits have more than quadrupled. Per-share profits are up nearly five times.

Simply put, investors have profited mightily from Banga's tenure. It's only logical that they'd be a bit nervous to see him go.

On Jan. 1, 2021, Banga will step down from his post as chief executive officer and become the company's executive chairman of the board, a whole step removed from running the company directly. And into his shoes will step Miebach.

Banga praised his replacement highly, saying Miebach "has a proven track record of building products and running businesses globally" and "has been a key architect of our multi-rail strategy." But no matter how good he is, he's going to be hard pressed to prove he's as good as the CEO he's replacing.

Until he does, expect Mastercard investors to remain skeptical.