Ionis Pharmaceuticals (IONS -1.66%) reported its fourth-quarter and full-year results on Wednesday, and surpassed its revenue and earnings estimates for the year. The company announced over $1.1 billion in revenues for 2019, up from $600 million in 2018. Ionis had $494 million in revenues in the fourth quarter alone.

For 2019, the company reported more than $400 million in net income. And it added another $400 million to its balance sheet, upping the company's cash cushion to $2.5 billion. 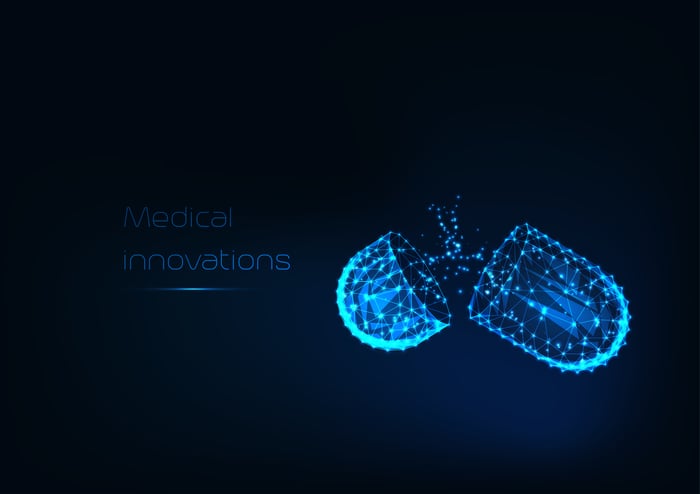 Ionis has three drugs on the market. The one bringing in the most revenue is Spinraza, a treatment for spinal muscular atrophy. It's marketed by Biogen (BIIB -0.44%), which pays royalties to Ionis. In 2019, those payments amounted to $293 million dollars. All in all, Ionis reported $352 million in royalties and other sales revenues for the year.

Most of Ionis' revenues came from its R&D program: It made $771 million from its pipeline in 2019. Pharmaceutical companies are paying a lot of cash to get access to the 28 drugs it has in clinical trials.  For 2019, that broke down to $146 million in upfront payments (amortized); $115 million in milestone payments (made when drugs advance in clinical trials); and $490 million in license fees. Income from that last source was up dramatically from 2018's $102 million figure.

Ionis has multiple deals in place with big pharma players, including  collaborations with Roche, Pfizer, Novartis, Bayer, AstraZeneca, and GlaxoSmithKline.

Ionis Pharmaceuticals stock was up by more than 1% in mid-afternoon trading Wednesday.