Roche Holdings (RHHBY 0.91%) has suffered a sales setback for a drug in its cancer portfolio. On Wednesday, the U.K.'s National Institute for Health and Care Excellence (NICE) published an appraisal of Polivy (polatuzumab vedotin) in which it chose not to recommend that the country's National Health Service prescribe the treatment.

NICE is the highly influential advisory arm of the U.K. government's Department of Health. 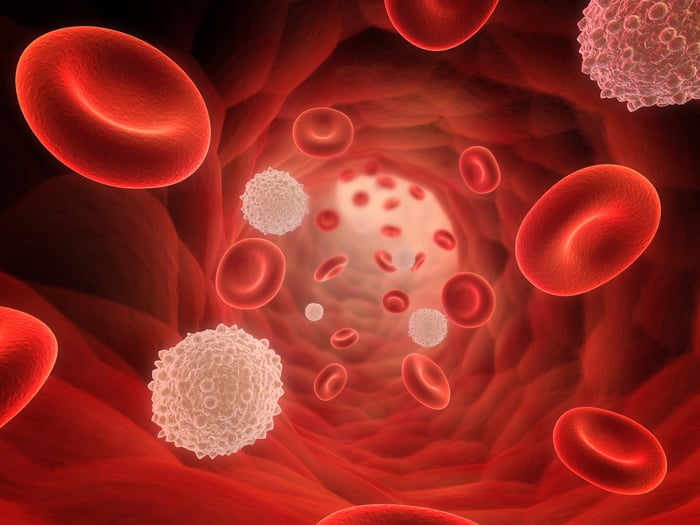 Polivy is intended to be used in combination with Roche's Rituxan and the chemotherapy bendamustine to treat patients with relapsed/refractory diffuse large B-cell lymphoma, a relatively rare type of blood cancer. Polivy won accelerated approval for that use by the Food and Drug Administration last June.

At the time, Roche emphasized the need for a more effective drug to use as part of a combination to fight this type of cancer. "Despite meaningful progress in the treatment of diffuse large B-cell lymphoma, treatment options are very limited when the disease is refractory to or recurrent after multiple regimens," the company wrote in a press release.

In January, Polivy received conditional marketing approval from the European Medicines Agency, the pharmaceutical industry regulator for the European Union. It was designated an orphan medicine by that agency due to the nature of the disease.

NICE's recommendation will put more pressure on Roche to shore up its oncology portfolio. Three of the company's cancer treatments -- Rituxan, Avastin, and Herceptin -- now face competition from biosimilars, and their sales have declined as a result.

Roche's stock was up in late Wednesday trading, but only marginally.