Please ensure Javascript is enabled for purposes of website accessibility
Log In Help Join The Motley Fool
Free Article Join Over 1 Million Premium Members And Get More In-Depth Stock Guidance and Research
By George Budwell - Feb 26, 2020 at 9:41AM

Aphria, Cronos Group, and OrganiGram Holdings are all screaming bargains relative to their long-term outlook.

When it comes to buying stocks, my main focus is on value. Now, defining value can be tricky. Some investors like Warren Buffett tend to define value in relation to a company's competitive moat, and hence, its long-term ability to generate profits on a consistent basis. That's certainly a useful definition in the classic sense. But it doesn't exactly capture what the term means in emerging industries like legal cannabis. Legal cannabis, after all, is a highly fragmented landscape with a cloudly outlook, to put it mildly.

In fact, the stock market has shown almost no ability whatsoever to accurately assess value in the cannabis space over the past three years. When Canada officially legalized recreational pot back in October 2018, for example, the whole industry caught fire. Once actual sales data started to pour in, however, the market couldn't sell off these names fast enough. Part of the problem was that investors initially valued pot stocks like rare-disease drugmakers (extreme sales multiples reflecting enormous long-term growth prospects). 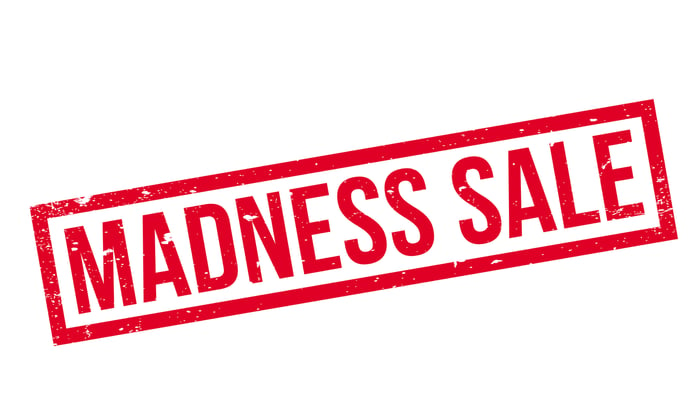 The reality of the situation, though, became readily apparent as sales badly underperformed and several regulatory bottlenecks reared their ugly heads. In effect, pot stocks are, without question, consumer packaged goods equities and should be valued as such. That means that cannabis stocks should garner multiples in the area of three to perhaps five times forward-looking sales, not 40 to 90 times next year's sales like the situation that unfolded back in late 2018 to early 2019.

The good news is that investors have a much better chance at properly defining, and subsequently assessing, value in the legal marijuana industry now. So, while it may seem self-evident in hindsight, value in the pot stock universe boils down to critical issues like adequate long-term liquidity, operational efficiency, and competent management. I know, big surprise, right? But the market, in its infinite wisdom, clearly glossed over these fundamental issues during its raging love affair with all things marijuana over the course of 2017, until the end of the first quarter of 2019.

Going one step further, I believe three Canadian pot stocks have now wildly overcorrected during this ongoing reassessment phase of the industry as a whole. Which pot stocks are buys right now? My money is on Aphria (APHA), Cronos Group (CRON 5.42%), and OrganiGram Holdings (OGI 7.52%). Here's why.

The biggest bang for the buck

Starting with Aphria, this stock has gotten absolutely pasted by the market over the past 12 months (down by over 60%), thanks to the miscues and sins of its former management team. As Aphria's various asset scandals have been covered at length elsewhere, I believe we can dive right into the ramifications of this downturn.

Aphria is trading at 1.7 times next year's projected sales. That's patently absurd, even for a consumer packaged goods company. What's more, it has one of the longest cash runways, one of the most profitable international operations, and a highly respected premium brand in Broken Coast. Over the long term, Aphria should thus turn out to be a great addition to any growth-oriented portfolio.

Cronos Group, on the other hand, is all about its partnership with tobacco king Altria (MO 2.09%). Cronos has been able to play the long-game and slowly develop its next-gen derivative products due to Altria's enormous stake. Most importantly, though, Cronos is now trading at a 1.37 times its last stated cash position. Now, Cronos doesn't have much to offer in the way of near-term growth, but it should benefit immensely from the industry's ongoing consolidation.

Put simply, Cronos will undoubtedly be one of the last entities standing, giving it ample room to run in the second half of the decade. This is a long-term play to be sure, but one that could produce life-changing gains for patient investors.

Last but certainly not least, OrganiGram Holdings has proven itself to be the undisputed king of operational efficiency. The company's three-tiered growing system allows it to punch well above its weight, creating a tremendous value proposition for investors. Moreover, OrganiGram's shares are also trading at a dirt cheap sales multiple at 2.4 times 2021 estimated sales.

Like Aphria and Cronos, though, the company's best days probably won't occur anytime soon, which doesn't bode well for near-term share price appreciation. But OrganiGram's does sport a whopper of a long-term value proposition due to management's laser-like focus on operational efficiency and growing great weed. So, by the end of the decade, it wouldn't be surprising at all if this company was among the few large-cap cannabis businesses in existence.