Please ensure Javascript is enabled for purposes of website accessibility
Log In Help Join The Motley Fool
Free Article Join Over 1 Million Premium Members And Get More In-Depth Stock Guidance and Research
By Brian Feroldi - Updated Feb 27, 2020 at 10:48AM

In response to reporting fourth-quarter results, shares of Teladoc Health (TDOC -2.48%), a high-growth company that provides telehealth services, jumped as much as 27% in early-morning trading on Thursday. The stock was up about 18% as of 10:25 a.m. EST.

The headline numbers from the quarter looked great:

The numbers for the full year 2019 were also solid: 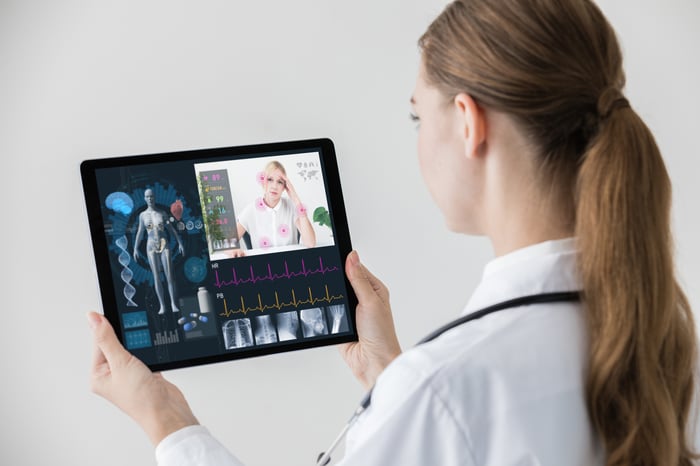 We demonstrated outstanding performance in the fourth quarter and full year of 2019 as we reported record results that were at the high end or exceeded our expectations on all key metrics. Our diversified growth strategies are driving strong growth across our channels. Looking forward, we are well positioned with significant momentum to extend our leadership position and to meet the increasing demand for our comprehensive service offering.

Shares popped in response to the strong growth across the board.

Management shared upbeat guidance for the first quarter of 2020:

Market watchers were modeling $164.6 million in revenue and a net loss per share of $0.36, so these numbers look favorable.