The Detroit's automaker plans to increase its output of crossover vehicles and Cadillacs.

The automobile industry may be encountering headwinds, but General Motors (GM -3.52%) thinks that demand will remain strong for sport utility vehicles. The company announced on Friday it would be adding more than 1,200 jobs to an assembly plant near Lansing, Michigan, in an effort to beef up production of the Chevrolet Traverse and the Buick Enclave. Those additional workers will also help manufacture some Cadillac sedans. 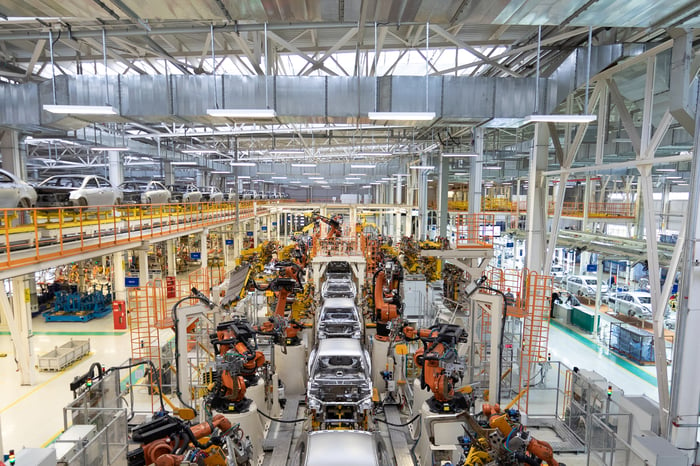 That's a rare piece of upbeat news in an otherwise beleaguered industry. While GM's operations were initially only modestly disrupted by the impact of the COVID-19 outbreak in China, its intricate auto parts supply chain relies significantly on factories there -- a situation that now poses an unquantifiable risk to the automaker. The Chinese government's intense efforts to contain the disease have already taken a meaningful toll: General Motors reported on Thursday its plant in Wuhan, China, would remain closed for nearly another month. GM's stock price has fallen more than 15% this week alone on fears of how the widening spread of COVID-19 could affect the company's business.

Assuming the epidemic doesn't crimp the global economy so much it stifles wages or employment, General Motors' bet on SUVs may turn out to be a savvy one. While overall automobile sales fell in 2018 and 2019, according to data from the International Organisation of Motor Vehicle Manufacturers, sport utility vehicles remain marketable. In January, in fact, J.D. Power says trucks and SUVs accounted for a record-breaking 72.5% of all vehicles purchased. They're even doing well in Europe, where they have not traditionally been as popular. Rising demand gave those larger vehicles a nearly 40% share of that market last year.