The disease's full impact on companies, however, remains unclear.

The COVID-19 outbreak that has shut down many of China's businesses since late January is not fully contained, but a handful of automakers are starting to reopen manufacturing facilities in the country as the spread of the disease appears to have been curbed. Toyota (TM -1.60%), General Motors (GM -4.14%), and Fiat Chrysler (FCAU) have all begun the process of restarting halted production lines or reopening plants. 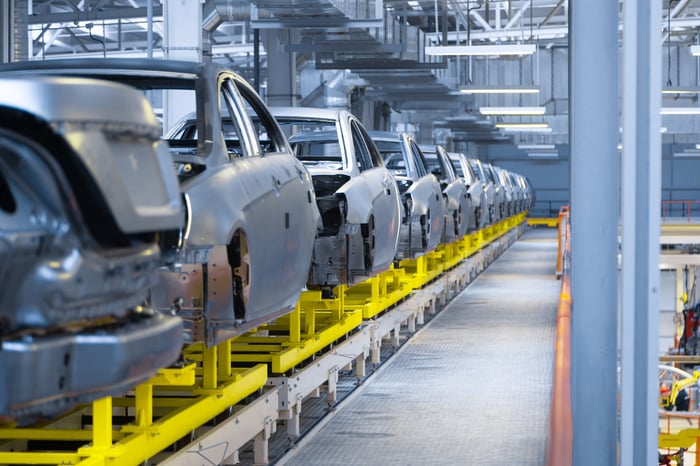 All three automakers along with their peers were forced to pause operations in China late last month after the coronavirus started to spread from Wuhan, the capital of Hubei province. Some closures were elective, while others were state-mandated. Regardless, auto part plants are often reliant on facilities elsewhere in the country to maintain output. Toyota reported two facilities were reopened on Monday, and GM spokesman Jim Cain said his company had begun to restart production at each of its 15 facilities in China. General Motors believes the process of restarting all of those plants will take about two weeks. Ford Motor (F -2.72%) and Chinese automaker Geely (GELYF -1.91%) also indicated they had started to call their factory workers back to work last week, though all continue to monitor the health of their employees closely.

The fallout from the shutdown remains difficult to gauge. Not only is it not over, the industry's U.S. names were already fighting demand headwinds from the sizable but waning market. GM, for perspective, earned on the order of $1.1 billion in China in 2019, down from $2 billion in 2018. More turbulence in China could prove problematic, but interruptions in supplies of Chinese-made parts could crimp the production of automobiles at factories in other parts of the world. IHS Markit estimates factory closures could reduce global vehicle output by at least 350,000 cars this year.

3 Questions That 3M Needs to Answer