That body must reconcile its version of the bill with the one passed by the State House of Representives this week before sending it to the governor.

The Vermont House of Representatives gave its final approval to a bill legalizing the sale of recreational marijuana on Thursday.

The largely procedural move means the proposed law, called the tax and regulate cannabis bill, will return to the state Senate, which passed a version of it in March 2019. The differences between the two versions must be reconciled before the final version can go to Gov. Phil Scott to be signed into law.

The bill sets the rules for recreational marijuana sales, and establishes the state infrastructure to regulate and tax the businesses that do so. Two entities, the Cannabis Control Board and the Cannabis Regulation Fund, are to be created for the latter purposes. 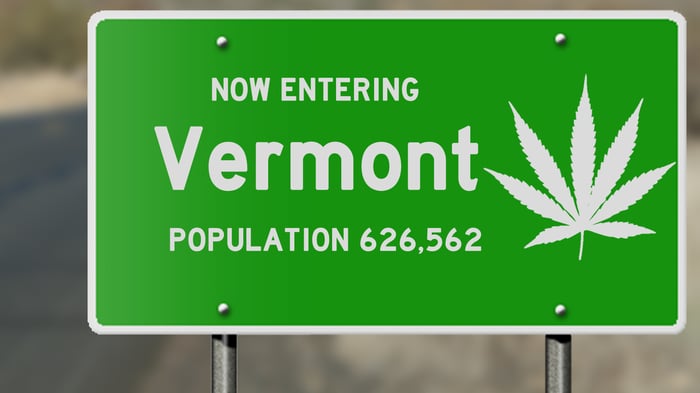 Initially, the board will allow medical marijuana dispensary operators currently operating in the state to apply for licenses to sell for recreational use; it is anticipated that these licenses will start to be granted by Feb. 15, 2022. Presumably soon after that, other marijuana companies would also be allowed to apply for permits.

The recreational use of marijuana has been legal for adults in Vermont since 2018. Uniquely among states that permit that, however, it had not created a legal framework to allow the sale of the drug for non-medical purposes. The tax and regulate cannabis bill is an attempt to rectify that rather odd situation.

Currently, the small state has only seven registered medical cannabis dispensaries. One of them is operated by Grassroots, the multistate operator (MSO) that agreed last year to be acquired by Curaleaf (CURLF 1.24%), which is headquartered in neighboring Massachusetts. When and if that deal closes, Curaleaf would almost certainly apply for a recreational license for its Vermont store.

Curaleaf stock was down by slightly over 3% in mid-afternoon trading Friday.