As you probably know, the S&P 500 index plunged 11.5% last week, capping off its worst week since the global financial crisis of 2008. The culprit is the COVID-19 coronavirus, which is rapidly spreading around the world since large breakouts were reported outside China in South Korea, Italy, and Iran last weekend. The unfortunate breakout occurred right as stocks were making new highs in early February, so the shift from overly optimistic to overly pessimistic caused the market plunge.

So, how did these three all-star stocks do it? And what do they all have in common? 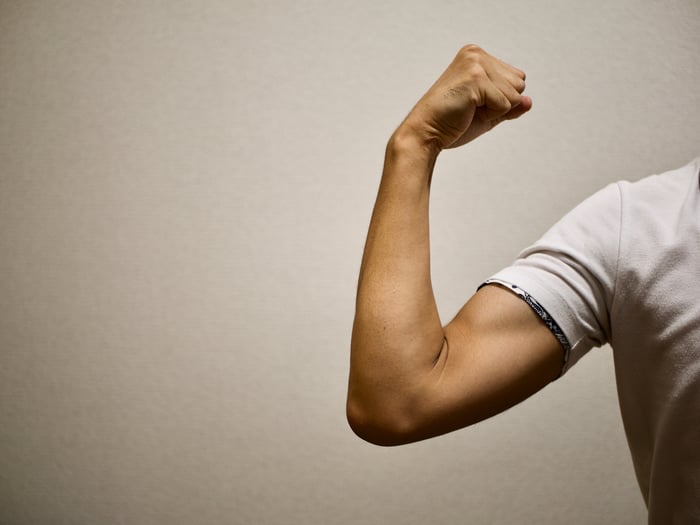 Teladoc is primed for growth

Shares of telehealth company Teladoc Health (TDOC 0.80%) surged a whopping 10% last week. Not only is the company seen as a likely beneficiary of the COVID-19 breakout, with people seeking medical advice without wanting to leave their homes for a crowded hospital, but Teladoc also had an impressive earnings report last Wednesday.

Results trounced expectations, with fourth-quarter revenue up 27% and an earnings-per-share loss of $0.26, which, while negative, still came in $0.07 ahead of expectations. The company also gave strong underlying metrics and positive guidance for the year, with the same 27% growth rate forecast for 2020.

Teladoc offers virtual doctor visits to health insurance companies, large employers, and even directly to customers. As of the end of 2019, the company counted more than 70 global insurance and financial firms, more than 300 hospital systems, and over 40% of the Fortune 500 as clients. The company has also contracted with CVS (CVS -0.54%) for its direct-to-consumer tele-health service.

On the conference call with analysts, Chief Medical Officer Lewis Levy noted the company has been working closely with the U.S. Center for Disease control for several weeks, expanding telehealth and also providing the CDC with real-time disease surveillance data. CEO Jason Gorevic added that when there is a severe flu season like this year, even apart from the coronavirus scare, "the activating new users feeds the flywheel that drives visit growth over time." In other words, the flu -- and probably coronavirus -- brings incremental users to Teladoc for the first time, who then become repeat customers.

Though only 16% of Teladoc's revenue came from a fee-per-visit arrangements last year, with 84% coming from per-member subscription fees, strong engagement could also give Teleadoc more pricing power for its subscriptions in the future. As such, it's no surprise to see Teladoc rising last week.

Shares of Chinese e-commerce company Pinduoduo (PDD 0.54%) rose 3.5% last week, also defying the gravity of the overall market. What was the cause?

First, Pinduduo is a Chinese company. Since China was hit first with the coronavirus, its market had been "hit" a bit earlier than other markets around the globe. However, many Chinese stocks were still down last week.

The second reason for Pinduoduo's outperformance is its business model. Pinduoduo is an e-commerce company that serves most of China, but especially the more cost-conscious and rural lower-tier cities. As one might expect, with the virus originating in Hubei province, which is kind of the heartland of China, many Chinese citizens in these areas are staying home, either by choice or under the direction of the government.

That leaves many stuck at home, bored, and probably worried about a near-term economic downturn, in addition to their health. That plays right into Pinduoduo's hands, as the company's discounted group-buying format is perfectly tailored to shoppers wary about their budgets. On Pinduoduo's platform, customers can team up in a social media format to buy in "bulk," thereby getting discounted rates.

Shoppers are also apparently turning to online shopping to cure the boredom of being cooped up inside for long periods. According to a Reuters article, Pinduoduo disclosed it was selling unusually high volumes of hair-cutting kits and, well, condoms.

Finally, a favorite cure for boredom in the U.S. and abroad is none other than Netflix (NFLX 0.13%). The streaming giant has been a long-term beneficiary of people cutting the cord on traditional cable and indulging in Netflix's industry-leading on-demand content library.

With news of a potential worldwide outbreak, investors may be anticipating that more people will stay home and watch Netflix all day long for the foreseeable future, which could boost the company's short-term results.

Netflix investors could use the boost. After the company raised its prices early last year, Netflix saw its U.S. subscriber growth stall and its churn numbers go up. Investors have been uneasy about Netflix's immediate future due to the deluge of competition coming into the streaming space; however, Netflix is still clearly the lead dog in the streaming fight, as others either haven't come to market yet or have come to market with sub-scale libraries.

And with people likely to save money as a result of not going out to expensive dinners and canceling vacations, they're more likely to have that extra $12.99 for a standard monthly plan lying around.

Investors probably pinned Netflix as a near-term winner relative to other U.S. stocks, with shares down only a marginal 3% last week. Netflix is also still up 14.9%% on the year, in contrast with the market's 7.8% decline.

All three have this in common

Taking a step back, all three of these stocks have two key things in common. One, they benefit from the stay-at-home economy, a strong trend as bandwidth speeds increase and the world becomes more digital, with coronavirus only adding fuel to the fire.

Second, all three are very high-growth stocks that have little or no profits. With concerns about global growth as the result of the coronavirus, interest rates are expected to come down. In a low-rate, low-growth environment, stocks with high growth and promising futures are given lots of credit for future earnings. It's a big reason that growth stocks have outperformed value stocks over the past decade, and these three are no exception.