Please ensure Javascript is enabled for purposes of website accessibility
Log In Help Join The Motley Fool
Free Article Join Over 1 Million Premium Members And Get More In-Depth Stock Guidance and Research
By Mark Prvulovic - Feb 29, 2020 at 7:25AM

If you can handle the uncertainty, these small-cap stocks can make you very wealthy.

There are a lot of promising stocks out there for investors to choose from. However, if you're looking for companies with the most growth potential, the world of small-cap stocks is one of the best places to look.

In particular, biotech stocks are very well known for having tremendous upside potential. New drug candidates can easily bring in billions in revenue for companies, should they prove to be a success. However, many of these stocks are quite risky investments, especially since a good number are barely reporting any revenue figures whatsoever.

If you're comfortable with these types of investments, here are three high-risk, high-reward stocks that you should keep your eye out for in the future. 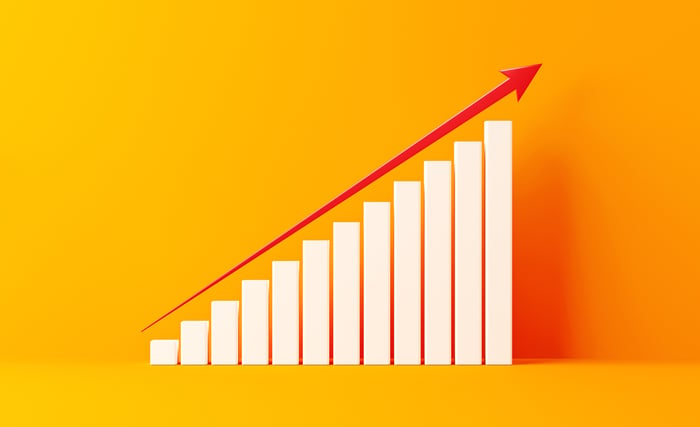 Gene editing is an incredibly promising market that many biotech investors are paying close attention to. There are plenty of genetic disorders out there that might not be treatable with today's technology, but could be cured with the use of gene editing treatments in the future. Editas Medicine (EDIT -0.22%) is one company in this space that boasts a number of promising drug candidates, and it also has an impressive patent portfolio.

Editas's flagship drug candidate is EDIT-101, a treatment for a rare form of blindness in children called leber congenital amaurosis (LCA), which leads to a loss of eyesight as the retina fails to function properly. Although LCA is rare, affecting only 2 to 3 newborns per 100,000, the good news for Editas is that not many companies out there are trying to treat this condition.

Currently, the only other treatment for LCA is Luxturna, a drug developed by Spark Therapeutics. Besides the massive $850,000 price tag (or $425,000 for just one eye), Luxturna only works for a very specific variant of LCA, with most of the patient population not qualifying for the treatment.

EDIT-101, on the other hand, would be available for all LCA patients. Assuming EDIT-101 is priced somewhere near Luxturna's price point, the company would need to treat just 1,300 LCA patients annually for EDIT-101 to make over $1 billion in revenue. Considering that Editas made only $3.8 million in its recent third-quarter 2019 results, it's easy to see how positive results from this one drug alone could catapult the company's stock to new highs.

EDIT-101 is currently undergoing early clinical trials and likely won't be available for a couple of years at the earliest, if not longer. There is one other small-cap biotech stock, ProQR Therapeutics, working on a possible LCA treatment, but it's doing so without any backing from other, larger pharmaceutical giants.

In comparison, Editas has partnered with Allergan to help commercialize EDIT-101 should it become a success. Having a big partner such as Allergan with strong connections in the industry is a big advantage for any small-cap biotech stock looking to market its candidates.

Back in early January, I argued that Puma Biotechnology (PBYI -1.72%) was far from a good investment. By the end of 2019, the stock had lost around 95% of its market cap in comparison to where it was just a couple years before. Coupled with uncertainties regarding the appeal of its main drug, Puma's future looked very uncertain.

However, the stock has seen a surprising comeback over the past couple of months, surging by about 22%. The weird thing is that there's not much in the way of news to justify this rise. Puma's recent fourth-quarter results were pretty bad, with revenue down 11.5% to $62.9 million from last year, although this still slightly beat out analyst expectations. 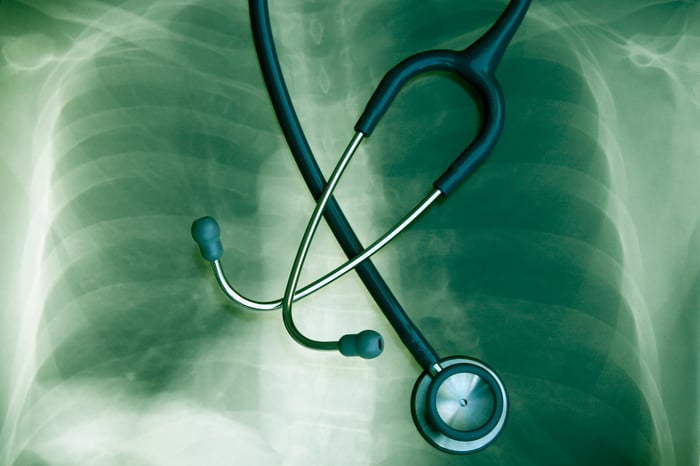 Puma's main treatment is its cancer drug Nerlynx, which is given to adults who have early stage HER2-positive breast cancer (a form of the disease that tests positive for a protein called human epidermal growth factor receptor 2, or HER2, which promotes the growth of cancer cells). The problem is that Nerlynx causes severe diarrhea as a side effect, which has led to a startlingly high discontinuation rate among patients.

While the company is making efforts to tackle this problem, such as providing vouchers for anti-diarrheal medications, it's still uncertain whether Nerlynx sales will recover.

The silver lining behind all this is that Puma is incredibly cheap, with the stock currently trading at a measly 1.9 price-to-sales ratio. While I don't think there's much hope for Nerlynx as a blockbuster cancer drug, there's a solid chance that Puma could become a buyout target for another, larger biotech company, considering how cheap its stock is. Should this happen, shareholders would see a significant surge in Puma's stock price following the news.

If you want to buy in anticipation of this, however, it might be best to wait for the stock to dip back down in value again. Considering that this recent surge doesn't seem backed by anything substantial in terms of news or catalysts, it wouldn't be surprising for the stock to tumble down once more. Long-term, however, Puma has a good shot at becoming an acquisition target, and as such, has a fair bit of upside potential in 2020.

Xenon Pharmaceuticals (XENE -2.24%) is a small-cap biotech stock that, by the end of the year, could easily have three late-stage drug candidates in its pipeline.

Its flagship drug, XEN496, is one of Xenon's promising epilepsy treatments, and is on the cusp of entering phase 3 trials.

XEN1101 is another epilepsy candidate that's currently in phase 2 trials, while XEN007 is a candidate also in phase 2 trials and is meant as a treatment for orphan neurological indications, which includes symptoms such as migraines, vertigo, and certain types of epilepsy.

Xenon has also grabbed the attention of a number of pharmaceutical giants interested in its drug candidates. Merck and Roche are the two standouts, while Flexion Therapeutics and Neurocrine Biosciences have also signed strategic partnerships with Xenon.

These agreements have helped finance Xenon's clinical development, with the company receiving $50 million in cash and equity from Neurocrine back in December.

Another one of Xenon's epilepsy drug candidates, XEN901, is eligible for up to $1.7 billion in milestone payments from Neurocrine, should the drug prove to be a success. In comparison, Xenon reported just $3.5 million in third-quarter revenue.

With that much potential upside from just one of Xenon's epilepsy candidates, the optimism surrounding this specific biotech stock is justifiably high.

Will Puma Biotechnology Break Out of Its Rut in 2020?