Please ensure Javascript is enabled for purposes of website accessibility
Log In Help Join The Motley Fool
Free Article Join Over 1 Million Premium Members And Get More In-Depth Stock Guidance and Research
By Keith Speights - Mar 1, 2020 at 9:03AM

And not just because of its dividend.

There's a category of stocks that delivers such fantastic dividends. Dividend Aristocrats are companies in the S&P 500 that have increased their dividends annually for at least 25 consecutive years. Only 57 companies are currently on the list.

Some of these dividend-hiking stocks are better than others. But I think that the best Dividend Aristocrat you can buy right now is Abbot Laboratories (ABT -1.57%). 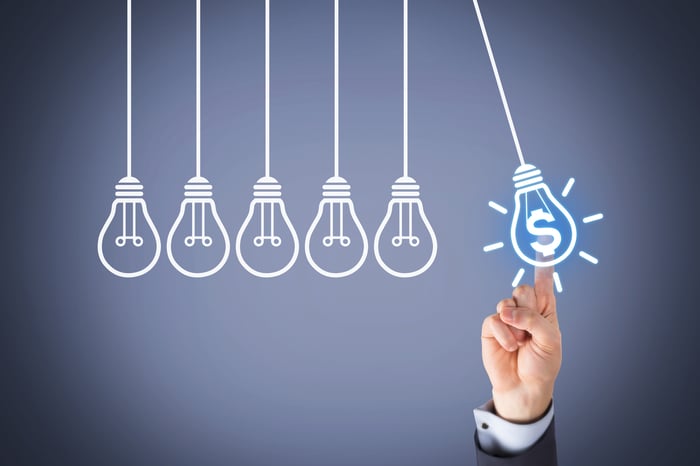 What I like the most about Abbott Labs is that it's simply a great company with a rock-solid business. Abbott ranks as one of the biggest healthcare stocks on the market. It generated $31.9 billion in revenue last year, with a profit of nearly $3.7 billion.

Abbott's medical devices segment rakes in the most money, with sales of more than $12.2 billion in 2019. This unit develops and markets a wide range of products, including cardiac monitors, diabetes-care devices, heart ablation catheters, heart valve clips, neuromodulation devices, and stents.

Although Abbott spun off big drugmaker AbbVie as a stand-alone business in 2013, it still has an established pharmaceuticals segment that pulled in $4.5 billion in sales last year. This unit focuses on marketing drugs to emerging countries including India, Russia, China, and Brazil.

I'm not the only one who thinks Abbott is a great company. Fortune magazine has ranked Abbott among its most admired companies in the world every year since 1984. Abbott has taken the No. 1 spot among medical products companies in Fortune's list in each of the last seven years. Working Mother magazine has listed Abbott in its 100 best companies ranking for 19 consecutive years. And Science magazine has picked Abbott as one of the top employers for 16 years.

To be fair, most of the other Dividend Aristocrats also have solid business models. But what I think especially sets Abbott Labs apart from the pack is its exceptionally strong growth prospects. Wall Street analysts project that Abbott will increase its earnings by more than 11% annually over the next five years.

All of these other companies depend on a strong economy to achieve their growth. A housing downturn would probably hurt sales for both ADP and Lowe's. A global recession would weaken the financial performance for both of these companies as well as Air Products & Chemicals and Linde. Abbott, on the other hand, should be able to deliver strong earnings growth regardless of what happens at the macroeconomic level.

Just look at some of the key products that should drive Abbott's growth. Freestyle Libre is a continuous glucose monitoring (CGM) system for individuals with diabetes. The Alimta line of diagnostics systems is used for blood and plasma screening and more. MitraClip is a device used to treat mitral regurgitation caused by a leaky heart valve. These devices are going to enjoy strong demand whether the economy is surging or sagging.

A pretty good dividend, too

What about Abbott's dividend? Admittedly, its dividend yield of close to 1.8% isn't as high as the yield of many other Dividend Aristocrats. However, Abbott ranks in the top tier in terms of dividend growth over the last three years and recently boosted its dividend by 12.5%. Abbott also claims one of the more impressive streaks of dividend increases, with 48 consecutive years of dividend hikes.