The tech giant is reportedly gearing up to shift its computers away from Intel's processors in favor of ARM chips designed in-house.

Rumors have swirled for some time that Apple intended to start using custom-designed ARM-based processors for its Macs. After all, iPhones and iPads are already powered by ARM chips. But now there is a clearer timeline for when Intel's chips will be phased out.

According to Ming-Chi Kuo, the influential Apple analyst at TF Securities -- who has been consistently correct when making calls on Apple products -- the company will roll out Macs with ARM processors in the first half of 2021.

Kuo said in a research note that, starting sometime in the next year to 18 months, Apple's processors will all be made on the 5-nanometer process, which produces a denser chip format. As a result, those chips will be more efficient and faster power than the A13 chips used in the iPhone 11, which are made on the 7-nanometer process. He also predicted Apple's upcoming 5G iPhone, new iPads and new Macs launching in 2021 will all run on 5nm ARM processors. 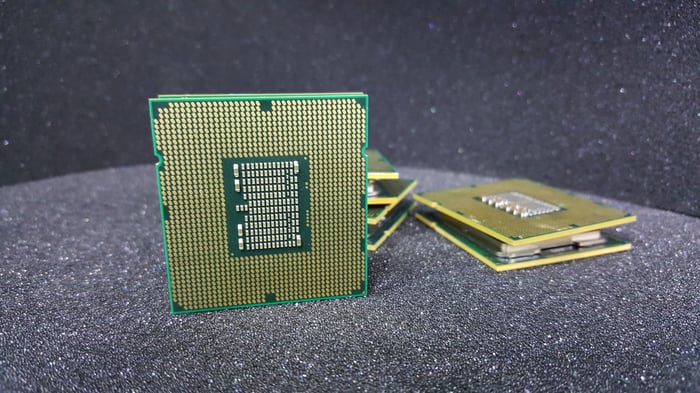 The analyst asserted that he doesn't think the COVID-19 outbreak will have much of an impact on that timeline, even if Apple is dealing with supply chain issues. "Given that the processor is the core component of new products, we believe that Apple had increased 5nm-related investments after the epidemic outbreak. Further, Apple occupying more resources of related suppliers will hinder competitors' developments," wrote Kuo in the report.

Apple gets more parity by moving Macs to ARM

By moving to ARM-based processors designed in-house, Apple can ensure its iPhones, iPads, and Mac computers work better together, something it has been focusing on for some time now. The latest step toward that vision begins in March. That's when Apple customers will be able to use apps across all of Apple's platforms and devices, and only have to pay for them once. It's part of the tech company's plan to eventually meld its macOS and iOS into a single operating system.

On the supply-chain side, bringing its CPU design in-house allows Apple to worry less about issues beyond its control that could impact sales. When Apple reported fiscal second-quarter earnings in April 2019, the company blamed Intel for a dip in Mac revenue. CEO Tim Cook said during that quarter's conference call that processor supply constraints had led to a 5% decline in Mac revenue compared to a year earlier. "We believe that our Mac revenue would have been up compared to last year without those constraints and don't believe this challenge will have a significant impact on our Q3 results," Cook said.

Intel's reputation has also been muddied by perceptions that it is slow to innovate and that its chips have security holes that make customers vulnerable. This summer, researchers at BitDefender found a security vulnerability in all of Intel's modern processors that when executed could enable hackers to access the kernel memory of a computer. Through that, they could gain access to sensitive data residing on the machine.

Apple wants to control it all

It's not clear how big of a blow this report about Apple's plans will be to Intel shares, given that its stock is also falling on due to coronavirus concerns -- as are the global markets broadly. But the chipmaker shouldn't lose all of its Apple business, at least not all at once. While the new ARM chips will be speedier and more efficient, they won't be able to deliver the same power as Intel's CPUs for high-end computers right out of the gate. As a result, Apple may launch a low-end Mac running on the ARM processor and keep buying CPUs from Intel for its high-end machines.

The writing has been on the wall for years now, as Apple has consistently taken steps to distance itself from third-party suppliers. It did so with iPhones and iPads; now it's time to transition its Macs. That should be a win for Apple, but it could weigh on shares of Intel.