Please ensure Javascript is enabled for purposes of website accessibility
Log In Help Join The Motley Fool
Free Article Join Over 1 Million Premium Members And Get More In-Depth Stock Guidance and Research
By Anders Bylund - Mar 3, 2020 at 8:19AM

The content delivery expert's stock took a dramatic haircut in the wake of the coronavirus epidemic. The opposite reaction would make more sense.

Content delivery specialist Akamai Technologies (AKAM 0.69%) was on a roll in early 2020. By the middle of February, Akamai's shares had surged 43% higher in 52 weeks thanks to an unbroken stream of earnings and revenue surprises that stretched all the way back to the summer of 2016.

That's where the coronavirus outbreak started to hurt the stock market, triggered by a virus-based warning from technology heavyweight Apple (AAPL -1.92%). Akamai's shares immediately started to slide back down, falling 14% in less than two weeks despite a complete lack of market-moving news about Akamai itself.

Is Akamai a buy at this virus-related discount? Let's take a look. 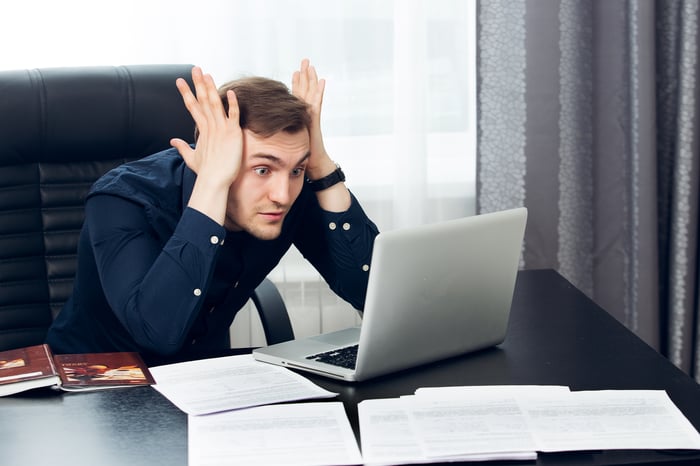 A snapshot of Akamai's business

"Disney (DIS -4.01%) is one example, where there is a number of different opportunities that we're more confident that we'll be able to see additional traffic growth associated with those," McGowan said in Akamai's first-quarter 2019 earnings call. "But there's been a number of other publicized OTT offerings from NBC, Time Warner, etc. And as I've mentioned before, we have excellent relationships with all the folks that have been rumored to have OTT launches going into next year, and we feel pretty confident that we should be able to get a meaningful share of that business."

Walt Disney's Disney+ entered the video-streaming market with a bang, collecting 10 million subscribers on Day One. NBC's Peacock and WarnerMedia's HBO Max will follow in the spring of 2020. These platforms will probably meet a less impressive consumer reception, but they're still major digital media moves by household-name media companies. At the very least, I expect that Akamai will see a respectable traffic boost around the free-trial periods of these streaming service launches.

The video services are making a measurable difference to Akamai's content delivery operations. The company hit a record delivery speed of 121 terabits per second on Dec. 3, fueled by the then-recent Disney+ launch. By February, Akamai was routinely delivering 140 terabits per second as the interest in digital media streams continued to grow.

Is the virus bad news for Akamai?

Akamai's stock was surging thanks to several important developments in one of the company's most important target markets. If you think the virus will slam the brakes on this particular industry, dragging Akamai down to slower growth and lower share prices in the near future, you're probably wrong.

Take the original coronavirus outbreak in Wuhan, China. When the local authorities locked the city down and ordered its residents to stay indoors, online video specialist Bilibili (BILI -11.96%) delivered some of its premium services to Wuhan residents for free. Nothing wrong with a bit of entertainment when you can't go out, right?

We Americans are already being asked -- far more politely than in the Chinese situation -- to limit our exposure to sick people and wash our hands more often. Whether or not these recommendations expand into a broader attempt to reduce crowd sizes in public places, consumers are likely to just stay home a bit more just in case. I would be shocked if that didn't turn out to be good news for media-streaming companies and their infrastructure partners -- such as Akamai Technologies.

This price cut makes no sense

When market makers misunderstand a game-changing event like coronavirus, smart investors can take advantage of the mistake by picking up shares of high-quality companies at a temporary discount. That's what's going on right here.

Akamai's stock is taking a beating in the market, based on a phenomenon that really should turn out to be positive for this company. That makes Akamai a solid buy right now.