Please ensure Javascript is enabled for purposes of website accessibility
Log In Help Join The Motley Fool
Free Article Join Over 1 Million Premium Members And Get More In-Depth Stock Guidance and Research
By Andrew Tseng - Mar 3, 2020 at 7:00AM

Don't overlook having the world's best investor looking to invest billions on your behalf.

Everyone wants to buy the right stocks for their IRAs, but sometimes people tend to overthink things. Berkshire Hathaway (BRK.A -0.27%) (BRK.B -0.14%) is a fantastic company, but many people tend to overlook it because it is often seen as a big, boring insurance company. While it is run by Warren Buffett, who is arguably the world's greatest investor, some think he is past his prime or that Berkshire is too large to outperform the market. There may be some elements of truth to those points of view, but Berkshire has a lot of things going for it that shouldn't be overlooked.

When you're investing for the long term, it is critical to invest in companies that you can be certain will be larger and more profitable in the distant future. If there's any doubt about that, it probably doesn't make sense to invest. Why? Well, if a company you're invested in reports soft results and its stock falls, it can be easy to assume something about its future has changed. And if doubt creeps in, you could end up selling at a loss. The solution is to stick with companies that are so strong, you're not going to lose confidence due to a short-term hiccup.

Berkshire Hathaway is one of the few companies that meets that criteria. It owns a diverse collection of wholly owned subsidiaries that, as a group, generate strong and consistent cash flows. These businesses span a wide range of industries: insurance, manufacturing, service, retailing, energy, utilities, and even a railroad. These companies include Burlington Northern Santa Fe, Berkshire Hathaway Energy, Precision Castparts, and Lubrizol as well as well-known brands like Fruit of the Loom, NetJets, Benjamin Moore, Dairy Queen, Duracell, GEICO, and See's Candies. 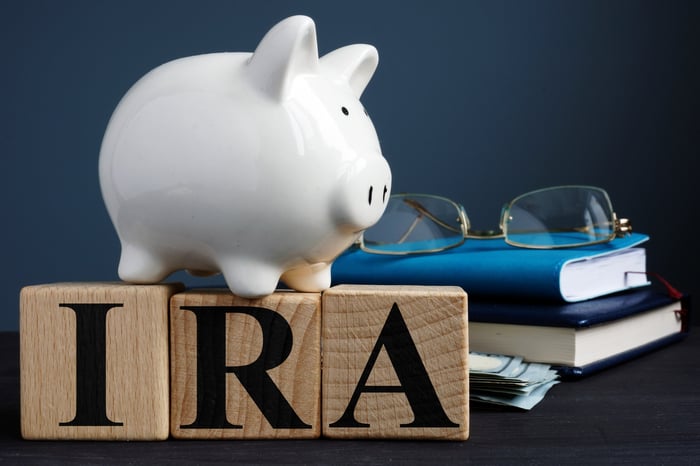 This group of businesses tends to grow steadily over time and generate strong returns on the tangible assets they own. Given the high-quality nature of this diverse collection of wholly owned businesses and the cash flows they generate, it is easy to have confidence that Berkshire will be bigger and more profitable down the road.

Berkshire's primary business is insurance, which is a business that generates immediate cash up front from the premiums it collects -- also called "float" -- that Berkshire can invest for its benefit before needing to pay potential insurance claims over the long term. Buffett runs the company so it is strong enough to withstand any imaginable catastrophe and the insurance claims it might bring. In fact, other insurance companies come to Berkshire for reinsurance, since Berkshire is so well capitalized.

As of the end of last year, Berkshire had an eye-popping $128 billion of cash and short-term investments in U.S. Treasury bills, on top of the $284 million in fixed income and equity investments on the books. That $412 billion ensures the company will remain on solid footing regardless of even the largest potential insurance claims.

Buffett ready and willing to put cash to work

Berkshire's cash and short-term investments in U.S. Treasuries has been increasing over time. Five years ago, it was just $63 billion, less than half of today's $128 billion sum. Buffett has been looking to make large acquisitions of whole companies for a long time, but hasn't been able to find the right business at an attractive price. But one day he will, and hopefully a large chunk of that $128 billion can be put to better use in a highly cash-generative business.

Given the recent market downturn due to fears about coronavirus, it is possible that more opportunities are passing by Buffett's desk right now. One of those opportunities that he understands well is Berkshire itself, which we know he thinks is undervalued. The company just repurchased $2.2 billion of its own stock in the fourth quarter, and even after the market's surge Monday, Berkshire's stock is still trading right around the $323,654 per Class A share or $216 per Class B price at which those repurchases were executed.

Being a shareholder of Berkshire Hathaway means owning a business that has $128 billion of cash on hand, and having Warren Buffett working hard trying to put it to its best use for us. That reason alone justifies why investors should not overlook Berkshire for their IRAs.