The online personal styling service soared last year, but can it keep up its stellar growth?

Calling it a roller-coaster ride doesn't begin to describe what Stitch Fix (SFIX -2.36%) shareholders have been through since the online personal styling service company went public in late 2017. The company's first day of trading was indicative of what was to come. The shares were priced at $15 in its IPO, and it quickly opened up 13% before closing out the trading day up just 1%.

The peaks and valleys have continued, with the stock soaring more than 200% in late 2018 before losing nearly all of its gains, settling back near its IPO price. It swung again in 2019, defying the odds and gaining more than 50%.

Stitch Fix will have a lot to prove to investors when it reports the results of its 2020 fiscal second quarter after the market close on Monday, March 9. Let's take a look at three important areas investors will be watching in the report. 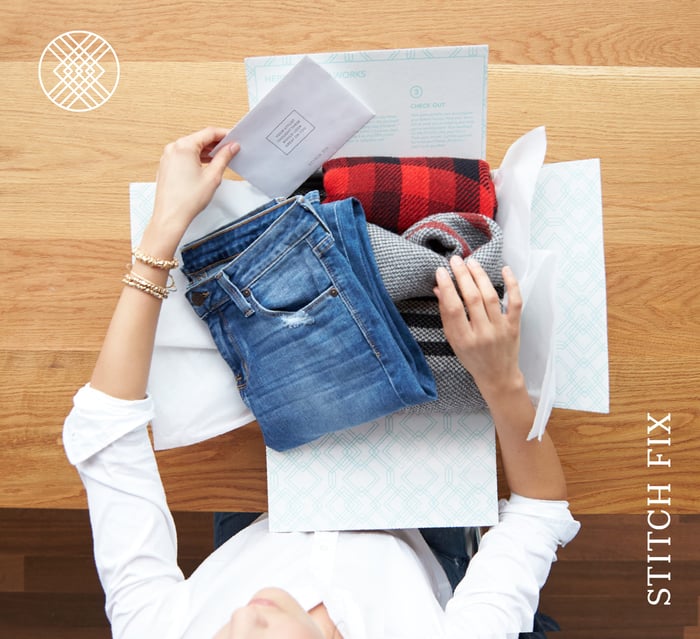 One of the catalysts that drove Stitch Fix's performance last year was its consistently high revenue growth. The company has a stated long-term goal of year-over-year revenue growth in a range of 20% to 25%, and thus far the company has been able to achieve that goal. In the first quarter, revenue grew to $445 million, up 21% year over year.

Management expects that trajectory to continue, guiding for Q2 revenue in a range of $447 million to $455 million, up 22% year over year at the midpoint of its guidance. The forecast for the full fiscal year calls for revenue of $1.90 billion to $1.93 billion, an increase of about 21.5% compared to fiscal 2019.

Drivers for Stitch Fix's sales increases include the growth of its customer base and increased engagement from existing shoppers. The company grew its active client base to 3.4 million to close out the first quarter, up 486,000, an increase of 16.6% year over year. As a reference, Stitch Fix defines an "active client" as a customer who checked out a "Fix" or was shipped an item using its direct-buy functionality over the preceding 52 weeks.

The company was also able to increase engagement, which is best demonstrated when shoppers are buying more. In the first quarter, net revenue per active client grew to $485, an increase of 9.5% compared to the prior-year quarter. More importantly, this marked the sixth consecutive quarter of year-over-year growth of the metric, which shows that Stitch Fix continues to offer compelling buying options to its return shoppers.

For the second quarter, management is anticipating year-over-year active client growth in line with the 17% it generated in Q1, as well as "continued growth" in its revenue per client.

3. Profits will remain elusive and uneven

The nature of Stitch Fix's business and its seasonality makes for uneven results in any given quarter, so the company has not yet begun to deliver profits consistently. Additionally, the technology company has been investing heavily to expand into new markets, most recently launching operations in the United Kingdom back in May. Expect profits to be both elusive and uneven for the foreseeable future.

In Q1, the company delivered adjusted earnings before interest, taxes, depreciation, and amortization (EBITDA) of $5.1 million; excluding stock-based compensation, it would have been $17.3 million. This resulted in a net loss of $0.2 million and was breakeven on a per-share basis.

For the second quarter, management is forecasting adjusted EBITDA in a range of $10 million to $15 million, resulting in margins of 2.2% to 3.3%. Excluding stock-based compensation, those numbers will be higher -- between $28 million and $33 million with margins of 6.3% to 7.3%.

Correction: This article was updated on March 4, 2020, to give the correct number of Stitch Fix's active client base.