The publishing house is no longer seen as one of Viacom's core assets.

Media giant ViacomCBS (NASDAQ: VIAC) (PARA.A 1.20%) is looking for "strategic alternatives" for publishing house Simon & Schuster. Viacom CEO Bob Bakish says he doesn't see Simon & Schuster as a "core asset of the company," opening the door to a spinoff or sale of the entire unit. 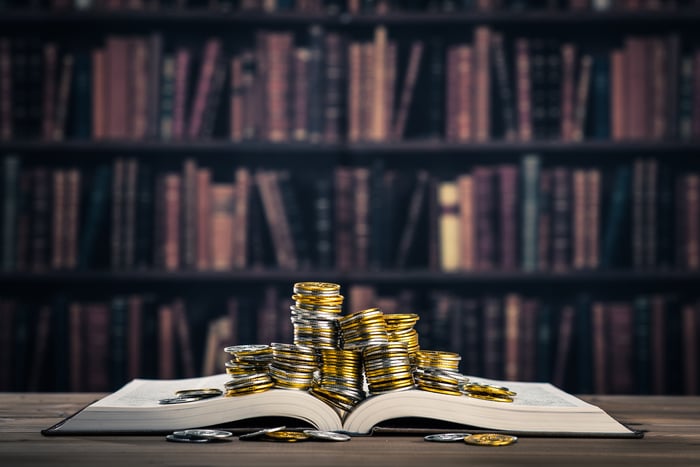 This isn't a 'core asset'

Bakish shared this information in a conference presentation on Wednesday:

We've been conducting a portfolio review of our company. Coming out of that, we've made the determination that Simon and Schuster is not a core asset of the company. It is not video-based, it doesn't have significant connectivity to our broader business. At the same time, there's no question that it's a marquee asset. It's highly valuable.

ViacomCBS is rebuilding its balance sheet after the $12 billion merger between Viacom and CBS, which doubled Viacom's long-term debt balance to $18 billion. Selling Simon & Schuster would let the company pay down its towering debts a little bit faster.

The CEO also said that ViacomCBS had already fielded several unsolicited calls from potential buyers of the publishing business. Viacom's publishing unit contributed $814 million to Viacom's top line in 2019, 1.3% below the year-ago total.