Please ensure Javascript is enabled for purposes of website accessibility
Log In Help Join The Motley Fool
Free Article Join Over 1 Million Premium Members And Get More In-Depth Stock Guidance and Research
By Harsh Chauhan - Mar 5, 2020 at 11:45AM

This streaming specialist may see a surge in subscribers if the outbreak worsens.

While the broader stock market has been sent packing in recent weeks on account of the novel coronavirus outbreak that threatens to derail the earnings growth of several companies, Netflix (NFLX -1.58%) has bucked the trend. Shares of the streaming giant have easily outperformed the S&P 500 so far this year, which might seem surprising as other tech stocks have been rattled by the potential financial implications of the COVID-19 virus.

Netflix's immunity to the COVID-19 outbreak, however, is not surprising. There are a few simple reasons why Netflix's growth won't be hampered by the epidemic. 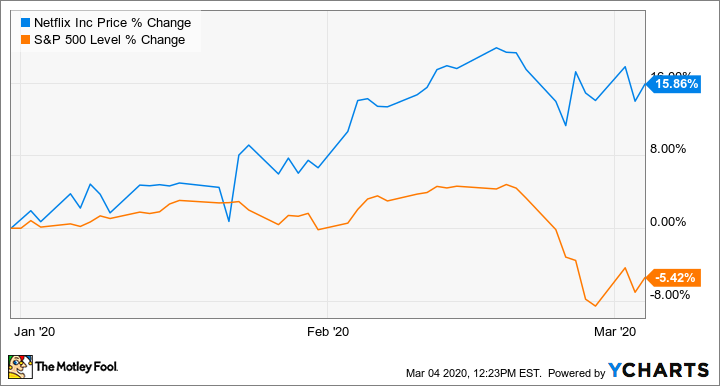 Netflix provides a service that doesn't require its consumers to get out of the house, thereby minimizing the risk of contracting the virus.

According to the Centers for Disease Control and Prevention (CDC), the COVID-19 virus can be transmitted "between people who are in close contact with one another (within about 6 feet)."

The CDC also points out that "respiratory droplets produced when an infected person coughs or sneezes" also spread the disease. So, anyone looking to go to a movie theater in a novel coronavirus-infected area may be at a greater risk of contracting the virus.

Such behavior is already being seen in China, where box office collections are down nearly $2 billion in the first two months of 2020 over the prior-year period, as theaters have remained shut. This creates an ideal situation for Netflix to gain subscribers, as people might be willing to avoid public spaces. 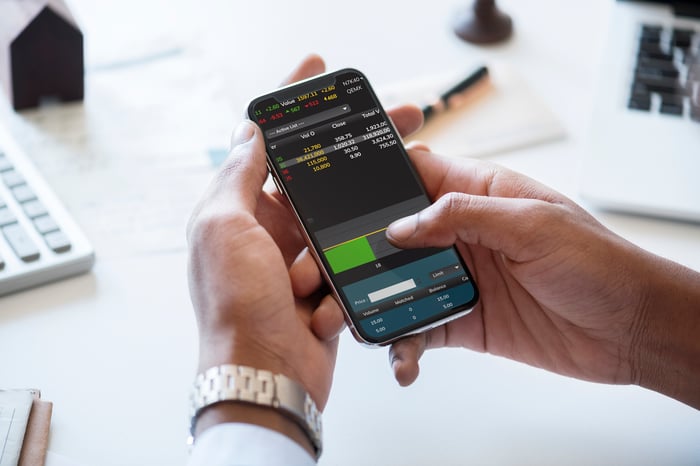 Some more reasons to be bullish

Another reason to be bullish about Netflix is its global presence. The streaming specialist serves 190 countries out of a total of 195, and that excludes China. This gives Netflix a two-fold advantage.

First, the streaming company is not reliant on China for any of its revenue. Second, Netflix's global presence could bring more users into its fold as news of new cases could force people to stay indoors.

With the novel coronavirus spreading to 77 countries apart from China, the fear of contracting the disease may help turn more people toward Netflix for their dose of entertainment at home. As such, there is a chance of Netflix's international growth picking up pace in the coming months.

The company is already doing well as its global subscriber additions beat estimates in the fourth quarter of 2019. Netflix added 8.33 million paid subscribers internationally during the period, compared to the Wall Street forecast of 7.17 million.

However, its first quarter forecast wasn't up to the mark. Netflix anticipates the addition of 7 million paid subscribers this quarter as compared to the consensus estimate of 7.86 million.

But there is a chance of Netflix beating its guidance if more people turn to the streaming service as they avoid going to public gatherings in light of the COVID-19 spread. In India, for instance, Prime Minister Narendra Modi has indirectly advised people to avoid mass gatherings on festivals to avoid the spread of the novel coronavirus.

This could create an ideal situation for Netflix to score more subscribers in India, a market in which it has been targeting its next 100 million subscribers.

So, there are quite a few reasons to believe that Netflix may turn out to be an antidote to the novel coronavirus-driven stock market crash.