Gary Jones is expected to plead guilty to embezzlement.

Federal prosecutors in Detroit have charged the former president of the United Auto Workers (UAW) labor union, Gary Jones, with conspiracy to embezzle union funds, making him the highest-ranking former union official to be caught in an ongoing Justice Department corruption probe.

The prosecutors allege that Jones, along with former aide Edward Robinson, former UAW regional director Vance Pearson, and others took more than $1 million ostensibly intended to train workers for themselves. Jones and the others are alleged to have spent the money on air travel, expensive dinners, golf clubs, solid-gold pens, a swimming pool, and a Ferrari sports car, among other luxuries. 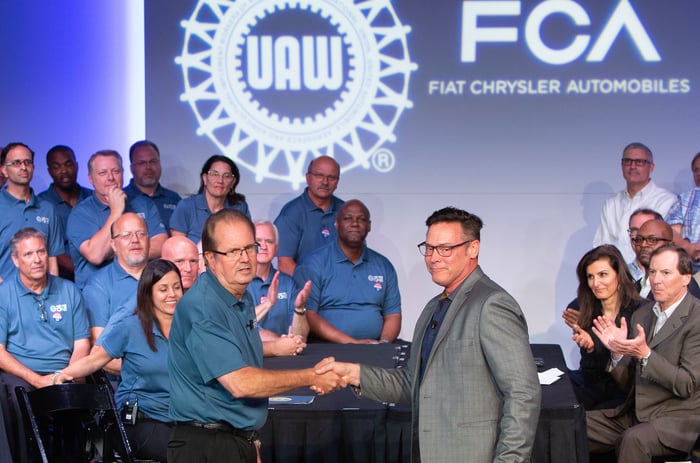 Robinson and Pearson have already pleaded guilty to embezzlement charges and are awaiting sentencing. Jones resigned from the UAW in November.

So far, 13 people have been convicted in the multifaceted scandal, including former Fiat Chrysler Automobiles (FCAU) labor-relations chief Alphons Iacobelli, who admitted to bribing UAW officials in return for special concessions in contract negotiations.

General Motors (GM 1.70%) sued FCA in November, claiming that FCA's scheme to bribe the UAW officials was part of an effort to pressure GM into a merger with FCA.

Prosecutors charged Jones via a "criminal information," a court filing used in place of an indictment when the defendant is expected to plead guilty.

U.S. Attorney Matthew Schneider is scheduled to hold a news conference in Detroit on Thursday afternoon to provide further details.