Investors are worrying about the impact from the coronavirus on business in China.

Shares of Abbott Laboratories (ABT -0.46%) slipped 11.6% in February, according to data provided by S&P Global Market Intelligence, amid concern that a deepening of the coronavirus outbreak may hurt sales of companies with business in the country.

China is Abbott's second-biggest single market after the U.S. The country accounts for 7.6% of Abbott's $31 billion in net sales to external customers, according to the company's 2018 annual report. Abbott's pediatric-nutrition business is a good example of the company's exposure to China, as its Eleva is the country's leading organic infant formula. 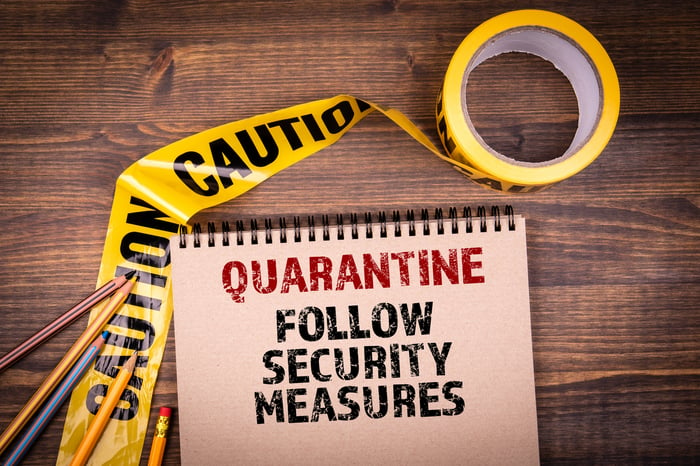 So far, more than 80,000 coronavirus cases have been confirmed in China. As a result, quarantines have been put into place, and people in areas such as Wuhan -- where the virus began -- have been prohibited from leaving their neighborhoods, even for necessities.

While Abbott and other companies that sell products in China likely will record a dip in sales there in February, it's unlikely the impact will be significant for Abbot. The company makes 35% of its sales in the U.S., and more than half of its business is spread across many countries worldwide. The diversity of businesses also should insulate Abbott from the crisis, as the company is presently in areas including diabetes care, heart failure management, and diagnostics.

Speaking of diagnostics, Abbott might eventually see a lift in that area from the coronavirus outbreak. Reuters reported that the company is developing a test and said Abbott was one of several diagnostics companies to meet with President Trump this week to discuss making tests more accessible. Though it will be interesting to keep an eye on those developments, Abbott's earnings and share movement most likely won't be led higher or lower by the coronavirus in the long term. And that, as mentioned above, is due to the company's many sources of income.

Abbott shares clearly tracked the losses of the S&P 500 Index in February after rising 20% last year. Wall Street expects 26% upside from Abbott's current price. Once the coronavirus outbreak eases, the shares should have a better chance of making those gains.