Please ensure Javascript is enabled for purposes of website accessibility
Log In Help Join The Motley Fool
Free Article Join Over 1 Million Premium Members And Get More In-Depth Stock Guidance and Research
By James Brumley - Updated Mar 6, 2020 at 7:12AM

Investors will want to watch this development closely, as it will indicate just how willing consumers are to pay for non-network, non-theatrical programming.

In most regards, Discovery Communications' (DISC.A) plans were the inevitable next chapter of the streaming video saga -- that is, offering consumers a way to pick and choose exactly the cable television content they want without making them purchase something they don't. Several years ago, some referred to it as "a la carte" television.

Some highly focused options are already available, for the record. Walt Disney (DIS -0.47%) unveiled ESPN+ in 2018, as an example, and ViacomCBS (NASDAQ: VIAC) property BET offers much of its content via an app through a subscription as well. However, Discovery is about to take the biggest leap yet on this front. The parent company to HGTV, Oprah Winfrey's OWN television venue, TLC, Animal Planet, and several others wants to introduce direct-to-consumer options for the bulk of its content, and not limit consumer options to a cable middleman's platform.

It's noteworthy simply because no other non-network cable name has yet to try the same with a video content library that's... not exactly the stuff most consumers flock to. That's likely to be the big stumbling block, since it's not like Discovery Communications turns heads the way brands like Netflix, Fox, or CBS do. This move will be a big test of just how deeply consumers want to drill into specialized content.

OTT is in the works

CEO David Zaslav has teased the idea for over a year, but during the company's recent fourth quarter conference call, he went as far as to say: "We are focusing hard at aggregating our brands into an OTT [over the top] service here in the U.S." 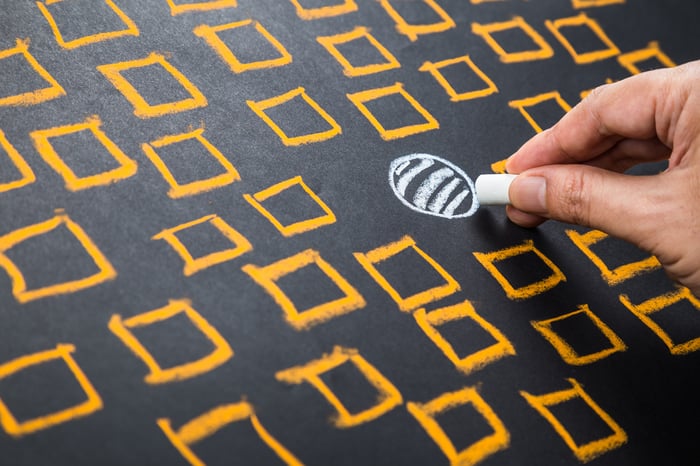 The relevant details like timing, pricing, and exactly which content will be made available and how it will be packaged are still unclear. What's not unclear is how serious Zaslav is. He commented during the Feb. 27 conference call that "we're in discussions with all of our distributors," alluding to the fact that he's not only giving them fair warning, but that he expects them to serve as selling partners of Discovery's streaming services. Zaslav added for good measure, "we are confident that we are playing a different game than everyone else," referencing Discovery's content library.

He's not wrong about the company's entertainment library -- it's not like anyone else's. And, there's the rub. There's a reason other content creators aren't focused more on food, animals, and documentaries.

The fact that ESPN+ or a service like HBO Go (which is more about quality than quantity) exist at all is superficially encouraging to investors who want to see Discovery Communications do something on its own, and become less reliant on a dying cable television business as a result. Take a closer, more critical look, however. ESPN+ delivers what's arguably television's most popular and most marketable content -- sports -- but even then, ESPN+ boasts on the order of seven million paying customers. That's healthy, but it's only a drop in the bucket compared to Netflix's 167 million subscribers. Most sports fans still view events through their cable subscriptions, of which there are still around 80 million active in the United States alone.

Perhaps more akin to Discovery's type of specialized content is a streaming service called Curiosity Stream, a digital video venue limited to educational programming and documentaries. Even at a modest starting price of $2.99 per month or $20 per year, Curiosity Stream only boasts a little more than 10 million users, and that's after four years of operation that's addressed the school market as much as it's targeted consumers.

Sure, plenty of consumers love animals, idolize Oprah Winfrey, watch shows about home improvement, and so on. It's just not clear how many of those people are willing to pay extra for casual access to such programming though, particularly given all the content that's quickly becoming available from other sources. Amazon offers lots of nature-based and home improvement-oriented content through Prime. Ditto for Netflix. Comcast (CMCSA -0.19%) appears ready to put a massive amount of its content into its Peacock ecosystem when it officially launches later this year.

The big test is finally here

It's not game-changing though, and Curiosity Stream has little in the way of direct competition... through cable, or through streaming. Not so for Discovery's Food Network or Animal Planet. The Smithsonian channel offers lots of content about animals too, while A&E and History Channel (both Disney ventures) may prove solid alternatives should cable companies decide they can no longer justify carrying programming from Discovery when they also have to compete with the cord cutting pressure Discovery Communications is about to add to.

What it's all going to boil down to is the perceived quality of HGTV, Animal Planet, and other Discovery programming when sold a la carte outside of a cable television package. Were it Disney content, it might work. Since it's primarily shows about food and gardens and home decor, however, investors will want to watch this experiment closely. We may be nearing the limits of just how narrowly focused consumers need their entertainment subscriptions to be.