Investors say the cable content provider has no future in the age of streaming, but Discovery says, "not so fast."

The last year has been a choppy one for the stock price. But there doesn't appear to be anything news-related that would have sent the shares down last month.

So, what caused the sudden drop? 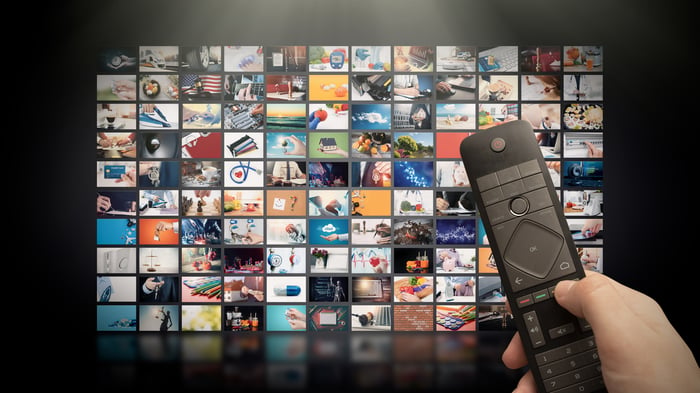 Investors seem to be struggling to understand how Discovery will survive as the streaming wars heat up. This is evident when comparing Discovery's stock trading pattern last month with Netflix, which looks nearly symmetrical. 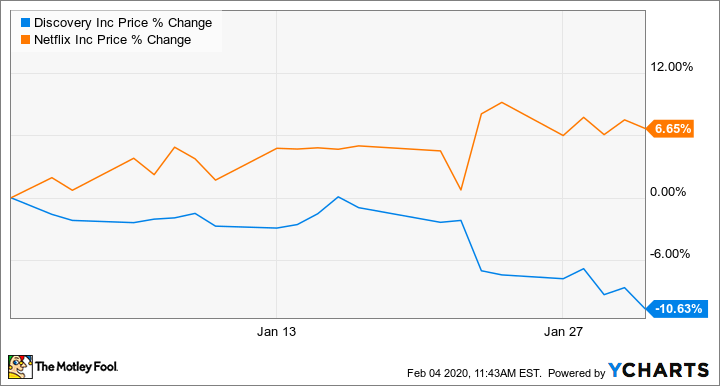 Netflix reported earnings on Jan. 21, pointing to stellar growth in revenue and subscribers. Netflix stock jumped, but Discovery stock plunged. Is that justified?

Discovery owns a lot of popular content, including the namesake Discovery channel, HGTV, Food Network, TLC, Travel Channel, and Animal Planet. While these are all dependent on cable, Discovery revenue still increased 9% (excluding currency effects) year over year through the first three quarters of 2019. What's more, adjusted operating income surged 22% over the same period, and Wall Street analysts expect earnings to grow by a whopping 29% per year over the next five years.

The strong growth on the bottom line is expected to be driven by Discovery's push into digital streaming. "We aim to become the Hulu equivalent in select TV markets in Europe," said CEO David Zaslav during the third-quarter conference call.

Discovery is making smart use of partnerships in local markets, as well as operating its own tech infrastructure to power its direct-to-consumer platforms.

The old saying on Wall Street, "content is king," may prove out with Discovery.