The market seems firmly convinced that more pain is coming.

Crude oil is having one of its worst days in years. At this writing, both Brent and West Texas crude futures are down 8%, extending a two-week sell-off that has seen oil lose nearly one-quarter of its value.

Today's big drop is being driven by worries that an already oversupplied global oil market is only a few weeks away from becoming even more awash. Word is, Russia -- one of the countries that make up the "Plus" group of OPEC-Plus producing states -- is not willing to cut output. This comes one day after OPEC members agreed to cut 1 million daily barrels from their output, and had proposed that Russia and its counterparts cut another half-million, with Russia shouldering the majority of the reduction.

Today's news that the country isn't as willing to help stabilize oil markets is sending major shock waves through the markets. 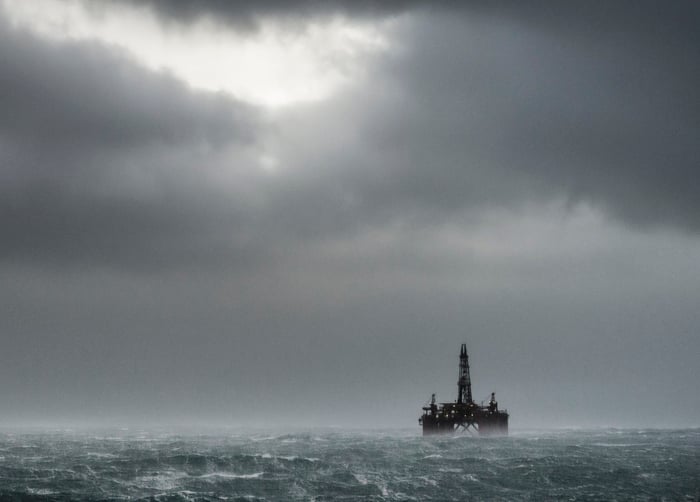 Unlike the situation with oil and gas producers or refining companies, oil prices don't directly affect the revenue these companies generate. But oil prices do play an important role in their prospects. When prices fall because of a massive oversupply environment such as we see emerging (particularly when there are prospects for global oil consumption to decline), then these companies face weaker prospects for their services.

Simply put, the sharp drop in oil prices, combined with the oversupplied market, is likely to mean producers have a reduced appetite for paying these companies for their services.

It's been an absolutely brutal past five years for the entire offshore industry. The companies above have seen their stocks fall between 70% and 95% over that period, and it's looking like more rough days are ahead.

To be brutally honest, I think we could see one or more of the companies above go bankrupt this year. Cash flows are likely to shrink as oil producers circle their wagons and cut spending, and not every driller or offshore service provider has the balance sheet to continue riding out this awful market. Of the group above, Transocean is probably the only one I would buy in the current environment.

But even with that said, now looks like a perfect time for investors to sit on their hands and let things shake out a little more before making any decisions. Frankly, there are better opportunities in other sectors to make money right now, and with significantly less risk of permanent losses.