Financial services stocks are getting torpedoed again in March by the coronavirus-driven market sell-off that started in February. 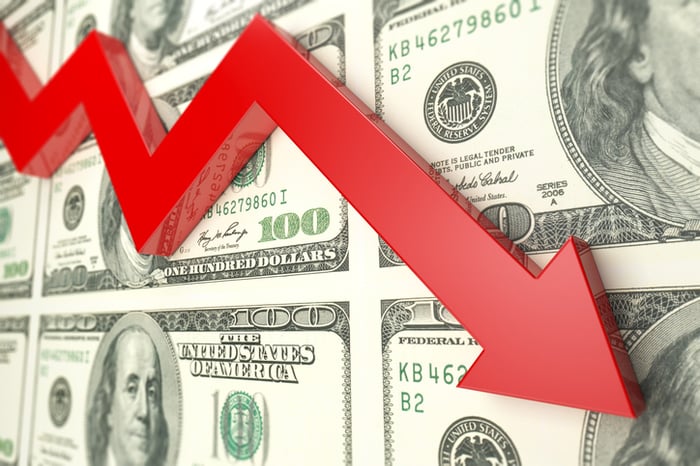 Goldman Sachs, Charles Schwab, and TD Ameritrade probably each have some company-specific things affecting their stock prices. But we can safely attribute the bulk of each of their stock plunges since February to the market's big sell-off stemming from the novel coronavirus, COVID-19.

The virus, which originated in China in December, has quickly spread well beyond that country's borders. Over the weekend, the total number of reported worldwide cases surpassed 100,000, according to The Washington Post. Moreover, the number of confirmed COVID-19 cases in the United States has rocketed in recent weeks. Several hundred people in this country have now been infected, with 26 of them dying, as of March 9, according to The New York Times.

In short, some investors fear that the coronavirus epidemic could not only curb global economic growth but also slow it enough to throw the world into a recession. During such times, stocks of financial companies, such as investment banks and brokerages, tend to fall even more than the overall market.

I would not be a buyer of the vast majority of stocks in this market. Now is not the time for bargain hunting, as the market has more room to fall, in my opinion.

What should investors do? First, it would be a good idea to take a more defensive stance in your portfolio, and that means favoring stable dividend-paying stocks, such as utilities and consumer staples. My favorite in the utility space is water utility behemoth American Water Works, with electric utility titan NextEra Energy another top choice. (You can read about these companies in my article highlighting three top recession-resistant stocks.)

Second, you may want to make a "shopping list" of growth stocks that you'd like to own once you decide to become a buyer of these stocks.