Shares of western-wear retailer Boot Barn Holdings (BOOT -3.71%) were down sharply on Monday as a severe drop in oil prices and fears surrounding a growing virus outbreak drove a broad-based market sell-off.

As of 12 p.m. EDT, Boot Barn Holdings' shares were off about 26% from Friday's closing price.

In a research note on Monday morning, J.P. Morgan analyst Matthew Boss cut Boot Barn's rating to neutral from overweight, saying that the steep drop in oil prices could put pressure on the company's sales. 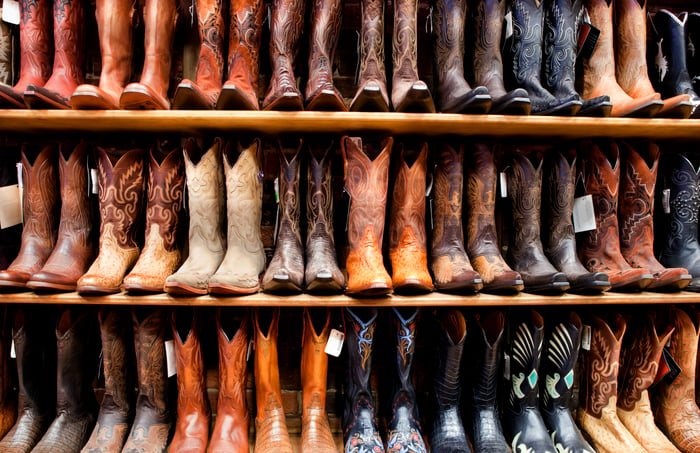 About 35% of Boot Barn's stores are in markets in which many consumers are dependent on oil and gas companies, he wrote. With oil prices falling into the low $30s per barrel, U.S. production cuts -- and layoffs in those areas -- now seem likely.

Boot Barn's guidance for the quarter that will end on March 31, issued in early February, told investors to expect comparable sales growth of 5% and earnings per share between $0.36 and $0.38. At the time, that range was a bit below Wall Street's consensus estimate -- but it might start to look optimistic if worried consumers in oil country stay home in coming weeks.

Why Shares of Walgreens, Michaels, and Boot Barn All Fell Wednesday