Please ensure Javascript is enabled for purposes of website accessibility
Log In Help Join The Motley Fool
Free Article Join Over 1 Million Premium Members And Get More In-Depth Stock Guidance and Research
By John Rosevear - Updated Mar 9, 2020 at 9:48AM

Shares of General Motors (GM 1.35%) were down sharply on Monday morning, as a crash in oil prices and growing fears of a novel coronavirus pandemic drove a broad-based market sell-off.

A sharp drop in oil prices might seem bullish for GM, which makes a lot of money on trucks and SUVs. But there are larger concerns for investors right now. 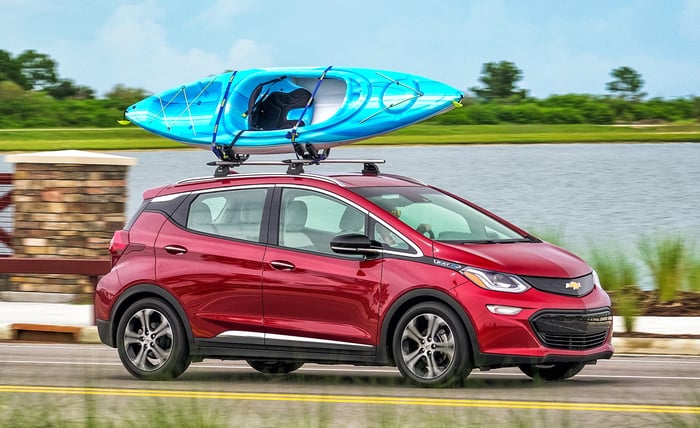 First, the oil crash and the global COVID-19 outbreak have made a recession more likely in the near term. Because automakers have high fixed costs, a drop in sales during a recession can have a disproportionate effect on their profits. General Motors has said that it will break even at a sales pace of about 10.5 million vehicles per year in the U.S., about the level we'd expect at the trough of a moderate recession.

Second, the collapse in oil prices may call GM's electric vehicle strategy into question. The company will spend $20 billion over the next few years to launch a series of battery-electric vehicles across its brands. At least in the United States, those vehicles could be a hard sell if gas is cheap.