Please ensure Javascript is enabled for purposes of website accessibility
Log In Help Join The Motley Fool
Free Article Join Over 1 Million Premium Members And Get More In-Depth Stock Guidance and Research
By Rick Munarriz - Mar 11, 2020 at 11:05AM

In fact, all three one-time darlings hit fresh lows on Tuesday, even as the overall market rallied back into favor. But Pinterest, Lyft, and Shake Shack aren't likely to stay down for long. Let's go over why some of these half-off stocks could be bargains. 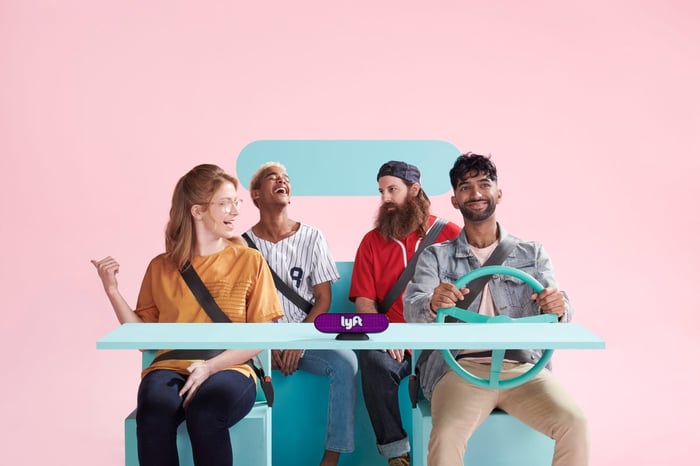 There's a lot of growth going on at the leading visual search engine. Pinterest saw its revenue rise 46% in the fourth quarter, and 51% for all of 2019, as improving monetization is stacked on top of its growing audience. It had 335 million monthly active users worldwide at the end of 2019, who lean on Pinterest to inspire or be inspired by the visual posts.

This would seem to be a kind climate for Pinterest. It's not exactly coronavirus-proof, but the sticky platform is certainly providing escapism for folks staying closer to home as they ride out the rapidly growing wave of COVID-19 cases. Pinterest is unique in that it draws a largely female audience, and it's a market that advertisers will be paying up to reach if the opportunities stall in the real world during the coming months.

Reported losses continue, but it is now marginally profitable on an adjusted EBITDA basis. A big push internationally is gnawing away at its margins, but it's the right approach with a good chunk of its growth coming outside of the U.S. market. Pinterest sees revenue slowing to as high as 33% in 2020, but with the stock now down to the mid-teens, you can get in on what was one of last summer's hottest IPOs for less than its original price tag of $19, and well below the nearly $37 price point it hit in its summertime peak.

Investors wanted the country's two leading ridesharing companies to go public -- until they did. Lyft and Uber (UBER -4.70%) have been disappointments since hitting the market last year, but the smaller and faster growing Lyft is the one that has surrendered more than half of its peak value.

Lyft isn't having a problem growing its business. Revenue rose 52% in its latest quarter and 68% for all of 2019. Ride-hailing is a pretty engaging platform, particularly for younger consumers who have no interest in getting behind the wheel. The 22.9 million active riders that it had when this year started are 23% more than it had relying on its app to get around a year earlier. Average revenue per rider has also risen 23% on top of that.

The bottom line is a brake-pedal tap for Lyft bears, but its adjusted net loss was nearly cut in half during its latest report. Lyft is another stock that may not seem like a prime candidate to thrive during the new coronavirus-weary normal, but earlier this month it did say that it was coming off of its best week ever despite the growing concerns.

Another former market darling that is getting devoured like one of its frozen custard milkshakes is Shake Shack. The chain that helped spearhead the "better burger" movement is growing its empire quickly, and the expansion is starting to eat into its performance. Revenue did rise 22% in its latest quarter, but comps actually declined 3.6% as new locations near existing Shake Shacks are cannibalizing sales.

Things were getting hairy for Shake Shack before the coronavirus scare, so why should one get excited about the burger and shakes specialist now? Well, the pessimism seems to be more than priced into the stock. Wedbush analyst Nick Setyan (who is neutral on the shares) is lowering his price target on Shake Shack from $75 to $50 on Wednesday, but even the new goal is just ahead of where the depressed stock is at now.

Shake Shack continues to be a cult fave as a concept, and it should benefit from the growing popularity of third-party apps offering restaurant delivery. The chain is also working with major credit card companies to push out clever promotions to stand out even more in this operating climate. Shake Shack isn't at its best right now, but it's not less than half the company it was at its peak six months ago.

Investing in restaurant stocks and recent IPOs can be risky, but with these stocks already fetching less than half of their peak levels, they are tempting purchases right now.

3 Stocks That Have More Than Doubled in 2019

Grubhub Is Pulling Shake Shack Away From DoorDash