The California utility is eliminating two major claims as it works its way out of bankruptcy.

PG&E (PCG 1.01%) has worked out a deal to settle claims from the Federal Emergency Management Agency (FEMA) and California's Office of Emergency Services, clearing more obstacles as the company moves to emerge from Chapter 11 bankruptcy later this year. 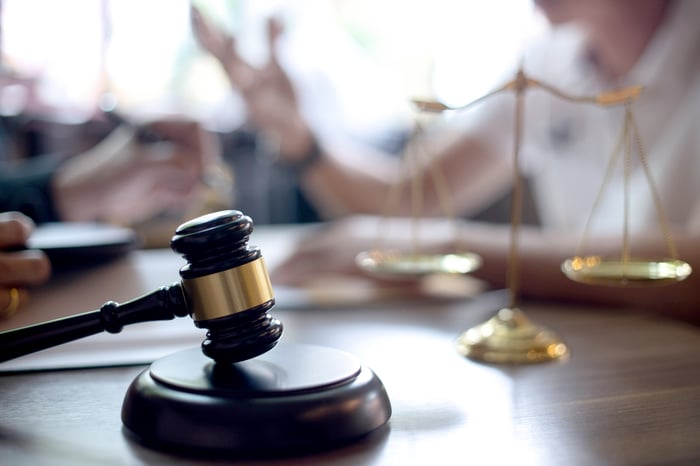 The payout amount has been slashed

FEMA and the California Governor's Office of Emergency Services have agreed to reduce their claims to $1 billion as part of the deal, according to a MarketWatch report citing PG&E attorney Stephen Karotkin. Prior to reaching the deal the two agencies were seeking a payout of roughly $4 billion from PG&E's wildfire compensation fund for the victims of Northern California wildfires that took place in 2015, 2017, and 2018. The agencies have agreed they will not be compensated unless there are funds remaining after the victim payouts.

Karotkin expects the full settlement to be revealed next week. PG&E will ten begin its work to get its reorganization plan approved, which may represent an uphill battle. The company expects to send out a disclosure statement to more than 400,000 wildfire victims next month indicating they may receive only a portion of what they are owed, and those victims will have an opportunity to vote on the plan. PG&E expects to emerge from bankruptcy by June 30.

The proposed settlement seems like good news for PG&E since it will eliminate some uncertainty on bankruptcy claims. But it has yet to be approved by the bankruptcy court and other hurdles remain before the company can put its bankruptcy in the past. Investors would be wise to wait until all bankruptcy claims are settled before deciding to invest in this utility stock.