And the third trait is the most important for managing adverse situations.

Believe it or not, there are a lot of companies that are about to become much stronger as a result of the novel coronavirus outbreak. And no, I'm not talking about biotechs that could find a cure or companies behind the surge in telecommuting.

If that sounds counter-intuitive, here's an even more interesting tidbit: the stock prices of most of these companies don't reflect this reality. That means you have an opportunity to buy shares now, and -- as long as you're willing to hold for the long-haul -- reap enormous rewards later.

All you have to do is look for companies with these three traits. 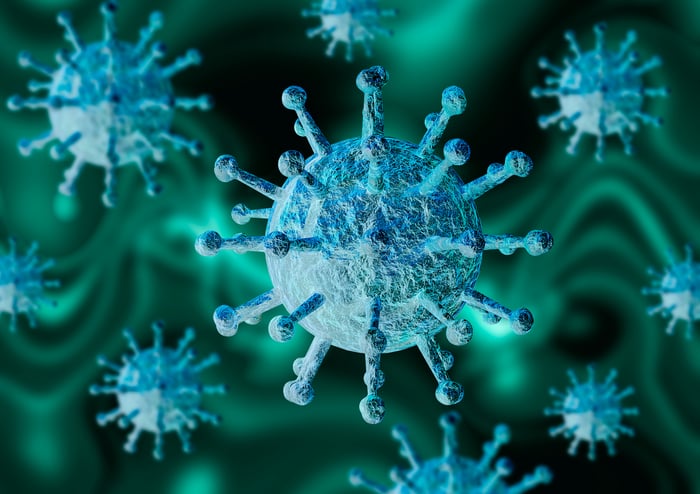 "Get stronger because of COVID-19? How is that even possible?"

If that's your reaction, I completely understand. First, let's talk about what "getting stronger" does and doesn't mean.

It does not mean that a company's stock will go up while the world is trying to sort this situation out. It also doesn't mean the company won't suffer via lower sales and profitability. Sorry -- there's no avoiding these things in a recession.

But there's a silver lining: "Getting stronger" does mean that -- relative to the competition -- a company's position in the market will become considerably stronger. When the economy recovers, it will have an opportunity to increase market share considerably.

Consider Whole Foods Market coming out of the Great Recession in 2008-09. Beforehand, the company was the leader in natural/organic foods, but the concept was still nascent. When the Great Recession hit, competition abandoned the trend -- such goods were deemed too expensive.

Whole Foods' stock suffered mightily, falling 75% in 10 months, but the company survived (because it had two of the three traits I'll get to in a second). When the economy started recovering, Whole Foods had the entire natural/organic market to itself. The result: a stock that returned 1,300% over the next four years.

Now on to the traits.

The first of these three traits is that a company needs to practice the barbell technique. While that may sound confusing, it's pretty simple. It requires a company to:

The second bullet point is more important during normal economic conditions, so we should devote our attention to the first. In essence, a moat is a sustainable competitive advantage -- something that makes it hard for other companies to steal a company's business away when it's successful. Moats come in four general varieties:

Here's why this matters: When the economy eventually recovers, industry leaders need to defend their turf from competition. Without a moat, they can't do that. Incidentally, this is what led to Whole Foods' slumping stock: There's nothing stopping every grocery store from also offering organic goods.

The second variable is skin in the game. When the economy turns south and times are tough, it takes vision, fortitude, and grit to continue. Investors want management and employees that are in it for the long-haul. You can look for these traits in three different ways:

Of all three traits, however, none is more important during recessions than financial fortitude. Sure, a company's stock may fall. But if it has lots of cash, little debt, and strong free cash flows, the actual company can weather the storm just fine.

In fact, companies with those three traits can get notably stronger as a result. How?

Consider that some of the most well-known names in the world are currently sitting on huge cash piles, including Alphabet (GOOG -0.27%) (GOOGL -0.21%), Apple, Amazon, Microsoft (MSFT 1.07%), Facebook, and Berkshire Hathaway (BRK.A 1.69%) (BRK.B 1.64%). A potential investment doesn't need to be a behemoth like these players. It just needs a lot more cash than debt and reliably positive free cash flows.

I can't stress this enough: Stocks of companies that check off all three traits can still fall. You must be in this for the long-haul.

If you have the patience to see it through, though, investing in companies that practice the barbell technique, have employees with skin in the game, and have financial fortitude can prove incredibly lucrative.