Please ensure Javascript is enabled for purposes of website accessibility
Log In Help Join The Motley Fool
Free Article Join Over 1 Million Premium Members And Get More In-Depth Stock Guidance and Research
By Rhian Hunt - Mar 11, 2020 at 10:59AM

The protein company looks to outside experts to keep its operations up to speed.

Tyson Foods, Inc. (TSN 0.01%) isn't a name that brings high technology to mind – pork and poultry farms seem far removed from the clean, abstract world of IT networks and satellites. But behind all the oinking and clucking, Tyson has detected a need for some powerful digital upgrades if it's going to keep its facilities full of porkers, chickens, and beeves competitive as it pushes aggressively into the cutthroat international meat market of the 21st century. To do that, it's looking to a third party digital service company and downsizing its in-house IT department, all in the name of rounding up bigger profit growth in the near future.

Tyson styles itself a technology company

Tyson's need for high quality, ultramodern IT infrastructure to manage its business comes from its evolving business model. According to research cited by Tyson, 98% of growth in demand for protein (that is, meat) during the next five years will happen outside the USA. While the meat industry will continue to sell within America's borders, demand is at or near its peak, and it may even decline as plant-based meat substitutes continue gaining popularity.

Tyson has to coordinate large-scale operations across the globe in real time to remain competitive. The need for high-speed information technology to support this is key to making the entire plan succeed. Managing a supply chain that stretches across multiple continents, meeting both global and local standards, responding rapidly to shifts in demand, and predicting consumer trends in remote, widely varied markets all require a reliable and lightning-fast digital "central nervous system" to achieve. 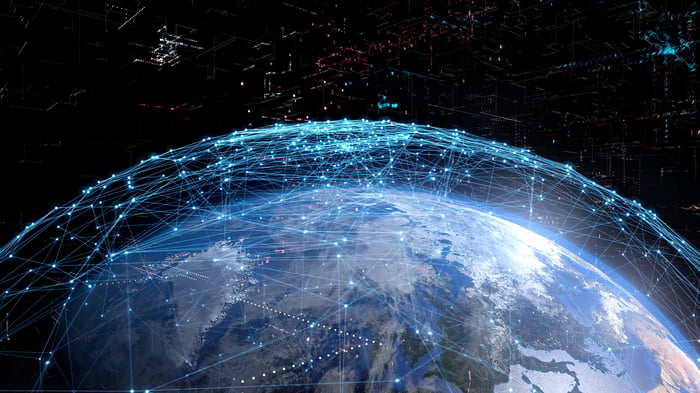 The company currently racks up approximately $7 billion in annual international meat sales. Most of this, about $5 billion, is still produced in and exported from the US, with $2 billion produced abroad. Practical considerations such as cost and transport are driving it to invest in production capacity elsewhere around the globe. Tyson bought a 40% stake in Brazilian poultry giant Grupo Vibra in August 2019, inking a partnership at the same time, to sell chicken not only to Brazilian customers but also as a source for poultry exports to China, the Middle East, and even Europe.

One year earlier, in August 2018, Tyson bought Keystone Foods for nearly $2.2 billion, giving it eight protein production plants in the Asia-Pacific region, including facilities in South Korea, China, Australia, Malaysia, and Thailand. A $340 million February 2019 acquisition gave Tyson control of BRF SA's poultry facilities in the UK, the Netherlands, and Thailand, the latter including hatcheries and breeder operations alongside butchering and processing plants.

Electronics tie this far-flung empire of pigs and chickens together. Tyson's Chief Technology Officer (CTO) Scott Spradley stated in a company blog post, "I would say that our vision is to become a technology company that happens to provide the world with good food."

This closely echoes the famous declaration by Domino's Pizza (DPZ 0.26%) CEO Patrick Doyle that Domino's is a tech company that delivers pizza. Given Domino's success at remaining competitive in the restaurant sector through aggressive use of new technologies, Fools investing in food stocks might reasonably infer that Tyson is following a strong, effective strategy in its own branch of the food industry. By unintentionally mirroring Domino's single-minded pursuit of turning the latest IT advances into competitive advantage, it stands a better chance of remaining viable long-term.

Why Tyson chose outside help

Tyson hired an as-yet undisclosed IT company to handle its digital infrastructure because its network is too big and complex for its in-house tech department. According to Scott Spradley, in 2018 Tyson's chicken operations alone included 3,700 farms, and the company also has large beef and pork sectors. Spradley also indicated some goals of its digital communications:

The cost savings and efficiency gains offered to a far-flung global meat enterprise by these electronics communications channels are obvious. Around 330 IT workers are expected to be laid off or transferred to employment at the third-party digital technology company. The $52 million in restructuring costs related to this (and approximately 170 other, unrelated layoffs) are a drop in the bucket compared to the multibillion-dollar profits Tyson could potentially realize through strong international expansion.

Analysis of the move by University of Arkansas business school associate dean Alan Ellstrand notes that it's hard for a food company's IT department to stay abreast of the latest developments. Hiring a company that's already up to speed with leading advances in blockchain technology, robotics, and other complex operations makes sense for a company like Tyson, according to Ellstrand.

From the viewpoint of investors, it appears that Tyson is making a smart move. There is high growth potential in the international meat market, far beyond that still existing in the mostly saturated USA protein sector. Coordinating a huge operation that makes the most efficient possible use of resources to generate profits and minimize costs, across multiple countries separated by language, culture, physical space, and a host of local government regulations, requires powerful modern digital connections to keep all the moving parts acting in sync. Tyson has a potentially very lucrative strategy, and its hiring of necessary digital expertise shows it's taking the positive steps needed to make ongoing growth happen.