Shares of lululemon athletica (LULU -2.00%) were down sharply on Thursday afternoon as concerns about the growing virus pandemic drove a broad-based market sell-off.

As of 1 p.m. EST, Lululemon's shares were down about 7.6% from Wednesday's closing price.

Upscale yoga wear specialist Lululemon has a significant online business, but it's still a brick-and-mortar retailer with over 450 stores around the world. As with other retailers, investors in Lululemon are concerned that efforts to slow the spread of the COVID-19 virus via "social distancing" seem likely to put a heavy damper on retail foot traffic. 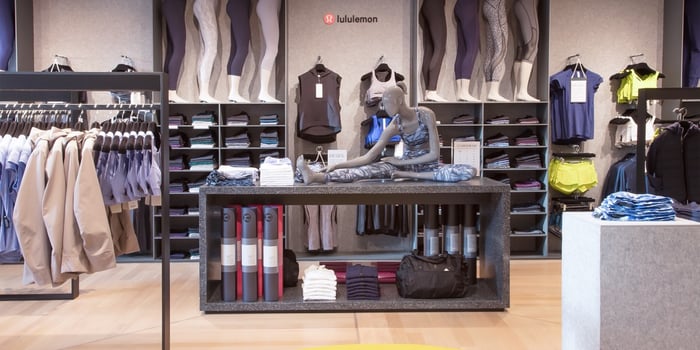 The team concluded that the declines were due to an increase in news coverage of the virus in the United States. Given that coverage has increased dramatically in the last few days, next week's numbers are likely to be considerably worse.

Lululemon has already been hit by the effects of the virus in China, where it operates 38 stores. As the virus spreads through Europe and North America, the impact on the company's sales is likely to be quite significant. We'll find out more when Lululemon reports its fourth-quarter and fiscal 2019 earnings on March 26.