School districts all over the country are shutting down temporarily to deal with the COVID-19 coronavirus outbreak. The idea behind the shutdown is a concept called "social distancing," keeping people out of cramped quarters so it is harder for the virus to jump from person to person. The reality of the situation could present an opportunity for some businesses that have been hit hard by the outbreak.

Schools from Los Angeles to Atlanta and many areas in between are shutting down effective immediately, with many districts out for at least two weeks if not more. Classes will continue with the help of Alphabet's Google Classroom product and other tech, but these kids are going to have a lot of free time on their hands. 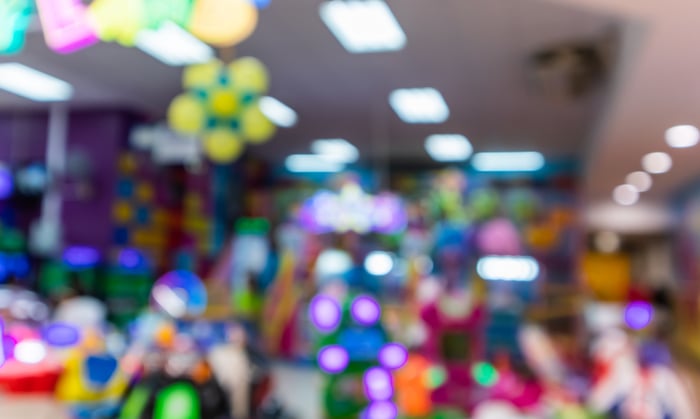 Obviously, that's likely a plus for video streaming and gaming companies. But there could be other beneficiaries as well.

The idea is to keep people separated, but if history is a guide, a few days of cabin fever will have parents looking for ways to get out of the house. In the hours since my county's school district was shut down late Thursday night, I've gotten multiple emails from sports camps and local businesses announcing impromptu day camps next week.

Public health officials would likely advise parents to resist the temptation, and this certainly shouldn't be read as an endorsement of taking your kids out on the town. But don't be surprised if the closings-induced cabin fever ends up being good for the bottom lines of movie chains like Imax (IMAX -0.48%) and AMC Entertainment (AMC -5.54%), or even kid-friendly restaurants and entertainment businesses like Dave & Buster's Entertainment (PLAY 1.22%) as well as Walt Disney (DIS 1.08%) and other theater studios.

The companies could use a boost. AMC said Friday it was taking steps to address "social distancing," cutting capacity by about 50%, and Dave & Busters has been hard hit by recommendations to avoid large gatherings. Overall, the theater box office has been underwhelming of late due to the outbreak.

Shares of Dave & Busters are down 70% in the last month, and shares of AMC and Imax are each down more than 35%. It is unlikely a wave of bored kids will be enough to rescue the quarters for these companies, but an uptick in activity could help form a bottom for these stocks.