Please ensure Javascript is enabled for purposes of website accessibility
Log In Help Join The Motley Fool
Free Article Join Over 1 Million Premium Members And Get More In-Depth Stock Guidance and Research
By Will Healy - Mar 13, 2020 at 9:58AM

IBM will partner with Germany's Fraunhofer Society in this venture.

IBM (IBM -0.66%) will build Europe's first quantum computer in Germany. The Armonk, New York-based tech giant will collaborate with the state-backed Fraunhofer Society to maintain this nine-foot-tall Q System One computer. The computer will be housed at a facility near Stuttgart and is expected to be operational in early 2021.

This technology will provide a massive boost to the EU. Last year, Daimler employed IBM's quantum computing technology to build a next-generation lithium battery for its cars.

Daimler ran that test in the U.S. as IBM has allowed both companies and scientific institutions to run algorithms on its system. Now, Germany will have this technology on its home turf.

The German government was initially skeptical of the need for quantum computing. However, Chancellor Angela Merkel discussed quantum computing with the now-outgoing CEO of IBM, Ginni Rometty. 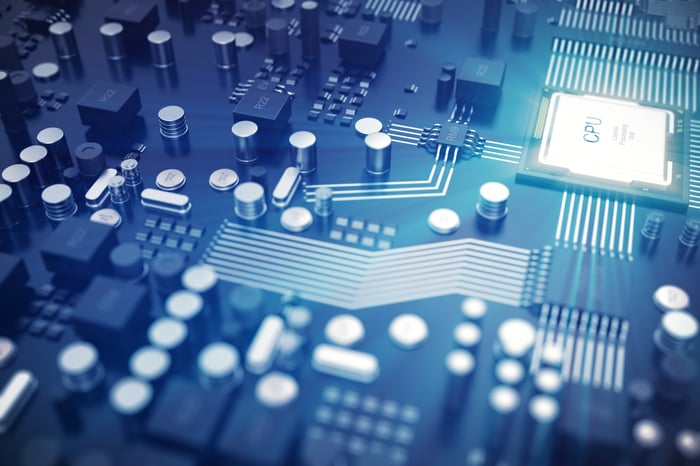 Having a quantum computer in Europe should serve as a win for both parties. The announcement gives Ms. Rometty, who will be replaced by incoming CEO Arvind Krishna next month, the chance to leave the job on a high note.

The quantum computer will help both Germany and the EU as well. Members of the EU must contend with increasingly strict data sovereignty laws. With a quantum computer now based on the European continent, companies such as Daimler no longer have to transmit data across the Atlantic for this critical research. Moreover, entities such as the German Armed Forces and the federal security agencies in Germany can make use of this technology.