Everyone's stepping up efforts to fight the coronavirus.

As companies across the country prepare for further COVID-19 outbreaks, drugstore companies are doing their best to not only maintain inventories of sanitary supplies but also prepare for an influx of new infections. Major drugstore-chain operator Walgreens Boots Alliance (WBA -7.27%) announced on Friday afternoon that it would be setting up temporary spaces outside some of its stores to test for COVID-19.

The exact dates and locations where these testing sites will be set up are still unknown, but what's clear is that non-Walgreens' health personnel will be there to provide testing services to Americans who think they might be infected. 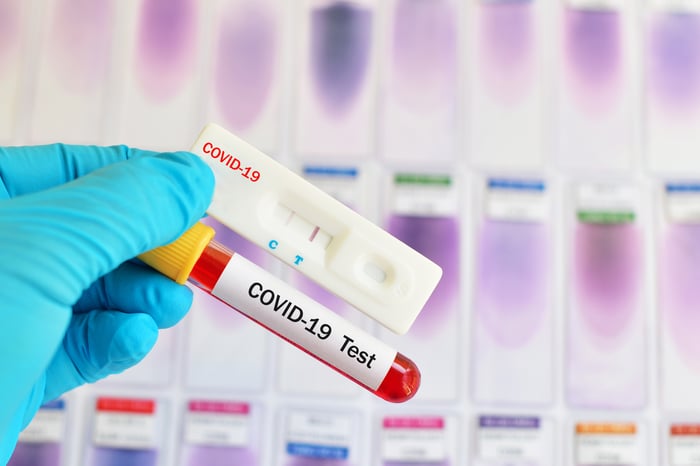 Walgreens also announced that it would be waiving all delivery fees for prescriptions during the COVID-19 pandemic. Additionally, there will be free deliveries for all purchases made on the company's website until further notice. However, the company has stated that it has put limits on the maximum number of certain health products customers can purchase at one time.

President Trump had announced earlier on Friday in a news conference that he was declaring a state of national emergency over the COVID-19 pandemic. In addition to mentioning several healthcare companies that were working alongside the government, Trump called upon states and municipalities to do everything in their power to fight the virus.

The global COVID-19 case count is currently just under 137,000, and there are around 1,250 confirmed infections in the U.S. alone. Trump had previously barred entry to foreign nationals from Europe in an effort to combat the spread of the virus. Italy, in particular, has seen a remarkable increase in infections, currently over 15,000.