Please ensure Javascript is enabled for purposes of website accessibility
Log In Help Join The Motley Fool
Free Article Join Over 1 Million Premium Members And Get More In-Depth Stock Guidance and Research
By John Rosevear - Mar 13, 2020 at 9:52AM

Good earnings from BMW helped the sector bounce back.

German automakers' stocks are on the move on Friday morning, rebounding as investors continue to come to grips with the impact of the novel coronavirus pandemic on manufacturers.

All three stocks have had a rough week, falling over 20% through Thursday, as concerns around the coronavirus outbreak -- which has hit neighboring Italy hard -- led to fears that the German automakers might have to idle their factories for an extended period. 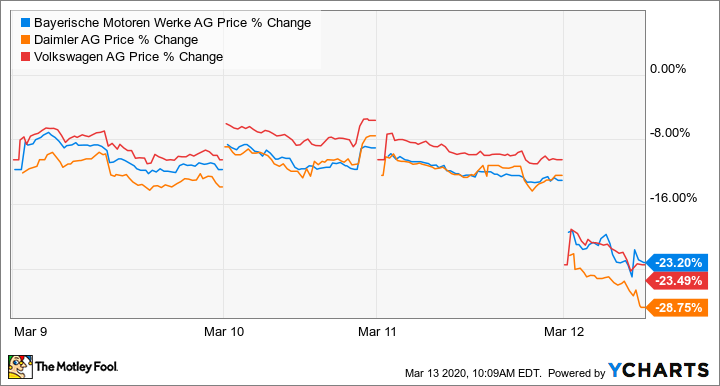 The situation was exacerbated on Wednesday, after German chancellor Angela Merkel said that public-health experts expect 60% to 70% of the German population to be infected with COVID-19, the illness caused by the novel coronavirus.

But Friday brought a relief rally on the Frankfurt stock exchange, helped in part by a good fourth-quarter earnings report from BMW. In a preliminary earnings release, BMW said that its Q4 operating profit jumped 32% thanks to strong demand for its most profitable high-end luxury vehicles. 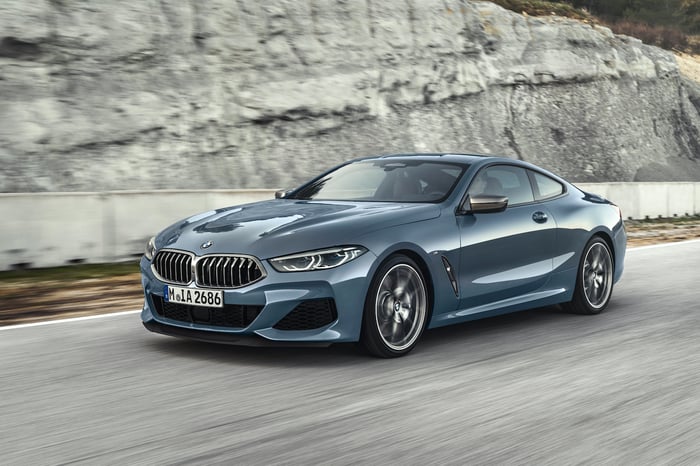 The gains in Frankfurt were mirrored by the companies' American depositary receipts in early trading in New York.

All three automakers are scheduled to release complete 2019 results and give updated guidance for 2020 in the next couple of weeks. Volkswagen will report on March 17, BMW on March 18, and Daimler on April 1.