Please ensure Javascript is enabled for purposes of website accessibility
Log In Help Join The Motley Fool
Free Article Join Over 1 Million Premium Members And Get More In-Depth Stock Guidance and Research
By Maxx Chatsko - Mar 14, 2020 at 7:09AM

Can the industrial biotech amend its manufacturing agreement to lower expenses? Will it matter?

Already reeling from the broader market correction, investors appear less willing to extend the benefit of the doubt to Amyris (AMRS 4.32%). The synthetic biology company reported fourth-quarter and full-year 2019 operating results that showed little progress where it matters most. Shares tumbled by more than 20% soon after the opening bell on a day when most of the market started off significantly higher.

A closer look at the numbers suggests the drop in share price isn't an overreaction. Although management described big plans for 2020 and beyond, investors would be well served to be more objective about the company's trajectory. Here's what investors need to know about the latest update from Amyris. 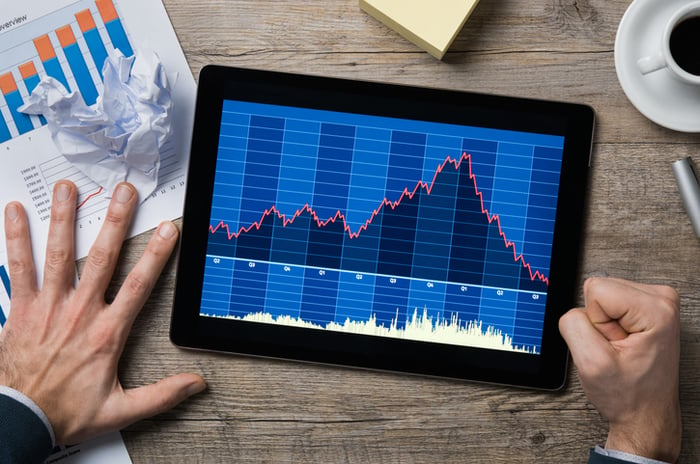 Amyris is an industrial biotech company. It engineers microbes to produce chemical products from renewable inputs, such as agricultural sugars. The business generates revenue by selling physical products (both to other businesses and directly to consumers), collecting payments from licenses and royalties, and earning payouts from grants and collaborations.

There's great potential for industrial biotechs to change how materials are manufactured, but the potential mostly exists on paper today. Virtually no chemical products created with synthetic biology are being manufactured consistently, at a profit, by anyone (unless you count hype as a product).

Unfortunately, Amyris is one of the best examples of the challenging economics facing industrial biotech companies. And hype. Consider how full-year 2019 operating results compared to the previous year.

The table above looks pretty good at first glance. Total revenue was up, and operating income improved from 2018 to 2019. Adding a little more context and nuance changes the rosy interpretation, however. Consider how the year-over-year comparison fares when more details are added.

A significant amount of the year-over-year progress can be explained by two things. First, Amyris was forced to reissue financial statements for 2017 and 2018 after it grossly overestimated licensing and royalty revenue. It was obvious at the time.

Second, the company sold the royalty stream at the center of the accounting issue for $40.3 million, but the transaction closed last year. The asset sale was responsible for 75% of licensing and royalty revenue and 26% of total revenue reported in 2019. If investors remove it from consideration, then Amyris would have reported its worst operating loss since 2012.

What's going on? The company doesn't own any operating manufacturing assets. It must rely on toll manufacturers including DSM, which owns the Brazilian manufacturing facility Amyris used to own but was forced to sell for a quick cash injection in 2017. The issue is that manufacturing agreements tend to be costly. Third-party facilities aren't optimized for the company's products (not even the one formerly owned by Amyris), and toll manufacturers pass any and all production losses back to Amyris -- in addition to extra fees.

The best thing that could happen is for Amyris to amend existing manufacturing agreements to be a little less expensive. To do that, the business needs leverage, but it has little. The company began 2020 with $270,000 in cash and significant financial liabilities. In fact, Amyris is worth negative $255 million on paper.

In the past, Amyris has created leverage and financial flexibility (more accurately described as staving off financial disaster) by selling shares or selling off assets for pennies on the dollar and using the proceeds to pay creditors. Of course, the problem with selling off assets to keep the lights on is that eventually, you don't have assets to sell.

Can operations scale in 2020 and get the business on more sustainable footing? 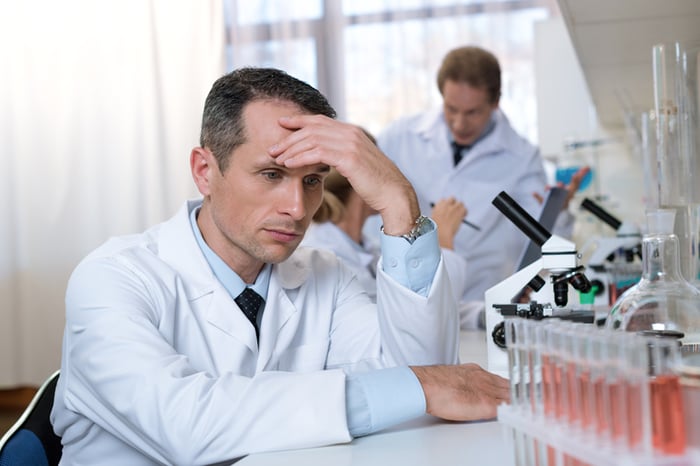 Looking ahead (it doesn't look good)

The best path forward is for Amyris to create leverage with manufacturing partners by continuing to scale product sales, which would require larger production volumes, which would be the actual leverage.

But that alone won't alleviate the company's headache. Amyris should be generating at least respectable gross profits from its consumer products, but product gross margin significantly deteriorated last year. It's difficult for investors to understand why that's the case because the company hasn't reported detailed operating results for its consumer brands. That said, the more than doubling of production costs from 2018 to 2019 suggests investors don't have all of the context.

Management has big plans for 2020, which might make some investors think the small-cap stock is an intriguing investment. But investors might want to consider if the company will survive the next year. The business reported a cumulative operating loss of $980 million from 2012 to 2019. Shares lost 99% of their value in that span. That was made possible in large part thanks to an abundance of cheap debt and investors willing to own riskier assets during the largest economic expansion in American history.

That's coming to an abrupt end. The coronavirus pandemic appears likely to be a prolonged global event and deliver a global recession. The economic impact is likely to be felt for years. Meanwhile, the Northern Hemisphere's current cold and flu season is in its final throes, but the novel coronavirus could make a raging return during the next respiratory illness season later this year. What would happen in that scenario?

If investors run to safe-haven investments, money-losing synthetic biology companies -- public or private -- will not be among them. Therefore, it's not a stretch to imagine creditors allowing Amyris to fail (the company defaulted on a loan as recently as September 2019) as they deal with bigger financial problems. To be fair, the company has done an impressive job juggling financial liabilities to this point, but never against the backdrop of a global recession.