The company's recovery faces major challenges in the face of intense competition.

Newell Brands (NWL 7.51%) has had a rough few years with shareholders suffering the consequences. The stock is trading at just one-quarter of its value from three years ago. This comes after Newell completed an ill-advised $13 billion cash-and-stock acquisition of Jarden in 2016. 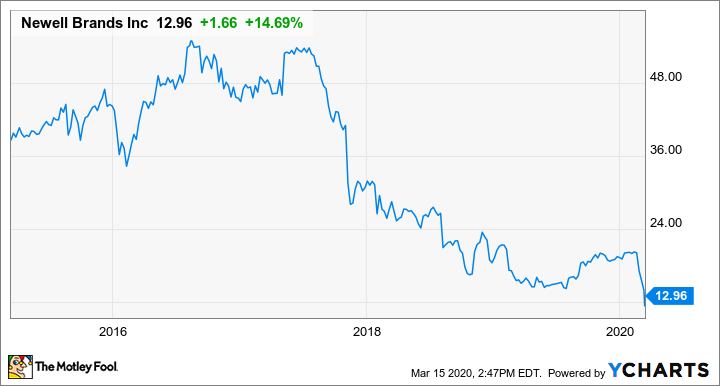 The deal added a bunch of well-known brands such as Coleman, First Alert, and Yankee Candle to Newell's Paper Mate, Sharpie, and Graco, among others. Obviously, this did not have the intended effect on profitability, and the situation has attracted activist investor Carl Icahn, who gained board representation, and Starboard Value.

There have been several steps taken by the company, including asset sales and a new CEO. Ravi Saligram, who has a history of turning around operations, took the helm in October. I appreciate the board recognizing the urgency of the situation, but turnarounds are risky, leaving investors questioning how much success the company will have from these efforts.

In 2018, management announced that it would expand its Accelerated Transformation Plan. This includes divesting assets and shrinking headcount. After increasing the company's size, including acquiring Rubbermaid in 1999 and the more recent Jarden deal completed a few years ago, this is a tacit admission that things went awry.

Things have not always gone as planned in implementing the turnaround plan, though. Last year, Newell decided not to sell certain businesses, such as Commercial Products. Deciding to retain it, with management citing the brand's strength and competitive position, as well as its growing sales, margin, and cash flow, sends a confusing message. After all, if that was the case, why put these up for sale in the first place? It seems more likely that Newell was unable to reach an agreement at a satisfactory price, leaving the company stuck with the business.

There is a sliver of good news -- lower costs helped keep non-GAAP operating income flat at $1 billion in 2019, and its non-GAAP operating margin expanded from 10.3% to 10.8%. All companies should keep an eye on expenses, but it's no panacea for sustained profitability.

Last year, operating cash flow was $1.0 billion versus $680 million in 2018. The company used part of this windfall, along with the cash it generated from assets sales, to continue paying down debt. Newell ended 2019 with $5.7 billion of debt, down from $7.0 billion a year ago. 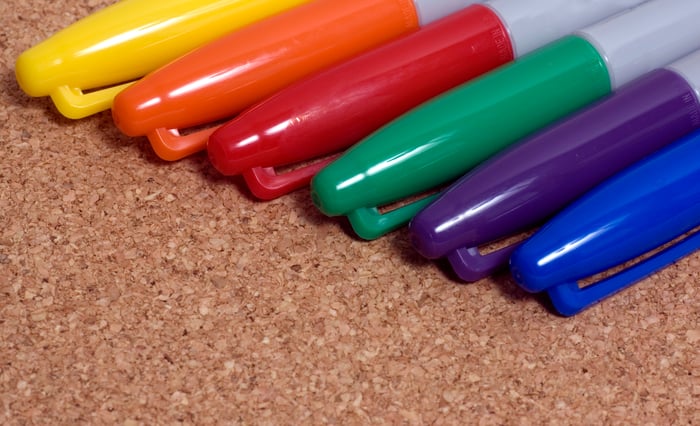 However, achieving his second goal is easier said than done. Newell has found top-line growth much more challenging. Last year, its core sales declined 1.9%. Those sales generated less profit too as adjusted gross margin contracted from 34.3% to 33.8%, driven by less profitable items and higher costs. This is troubling, since Newell's Accelerated Transformation Plan was supposed to leave the company with a smaller set of higher-margin products.

Newell faces multiple challenges that are difficult to overcome. For example, many consumers have shifted their buying preferences away from large brands to private labels, a direct hit on Newell's portfolio of well-known brands. Additionally, more competition from online offerings presents its own challenge. Management is focused on producing innovative products and beefing up its online business.

So far, these efforts haven't resulted in sales growth. That tells me there is a lot more work to do. Obviously, turning around a business as large as Newell Brands is not an easy task. On top of that is the fact no one knows how much the coronavirus outbreak will wreak havoc on the global economy. The effects of various quarantines and lockdowns, or even a possible recession, add another layer of uncertainty to the company's turnaround. Investing in Newell Brands before it proves it can navigate these challenges is a risk investors shouldn't be taking right now.