Please ensure Javascript is enabled for purposes of website accessibility
Log In Help Join The Motley Fool
Free Article Join Over 1 Million Premium Members And Get More In-Depth Stock Guidance and Research
By Donna Fuscaldo - Mar 16, 2020 at 9:25AM

Apple was fined for what the France competition authority contends was collusion with two wholesalers.

The fine, the largest doled out by France's competition authority, came in response to what French regulators said was collusion between Apple and two wholesalers Tech Data (TECD) and Ingram Micro. 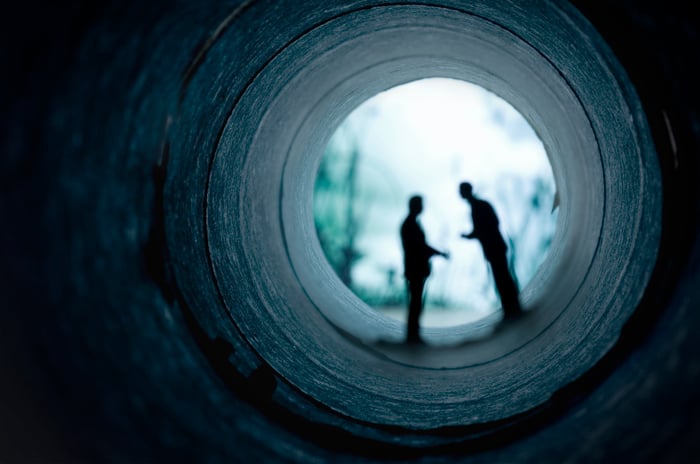 "Apple and its two wholesalers agreed not to compete with each other and to prevent distributors from competing with each other, thereby sterilizing the wholesale market for Apple products," said Isabelle de Silva, President of the French Competition Authority when announcing the fine.

The regulator claims the three worked together to set the prices for Apple's iPads and PCs. That resulted in the prices remaining the same for roughly half of the retail market in France. The iPhone wasn't part of the case. The collusion started in 2005 and lasted through 2017. Tech Data and Ingram Micro were also fined $84.68 million and $70.2 million respectively. According to France's watchdog, Apple favored Tech Data and Ingram Micro over other wholesalers, giving them more inventory while others had trouble meeting demand. That resulted in some smaller competitors exiting the market, the competition authority contends.

In a statement, an Apple spokesperson said the company strongly disagrees with the fine and plans to appeal. "The French Competition Authority's decision is disheartening. It relates to practices from over a decade ago and discards 30 years of legal precedent that all companies in France rely on with an order that will cause chaos for companies across all industries," Apple said.

This is the second fine France hit Apple with in recent weeks. Last month the iPhone maker was fined $27 million over its software updates that slowed down older iPhone models.