Amid airline industry capacity cuts due to the coronavirus, the airline is also laying off contract workers.

On Friday, Delta Air Lines (DAL 1.90%) announced overall capacity cuts of 40% over the next few months. This announcement was followed over the weekend by capacity cuts from other domestic airlines including American Airlines Group (AAL 3.55%) and United Airlines Holdings (UAL 2.88%).

Delta CEO, Ed Bastian, sent out a memo to employees on Friday addressing the growing COVID-19 impact on the airline. WSBTV in Atlanta reports that over 800 contract worker will also be affected by the crisis. The contract worker provider, AgileOne, a workforce solutions company, reportedly said the workers will have the opportunity to be placed in other positions in its network. 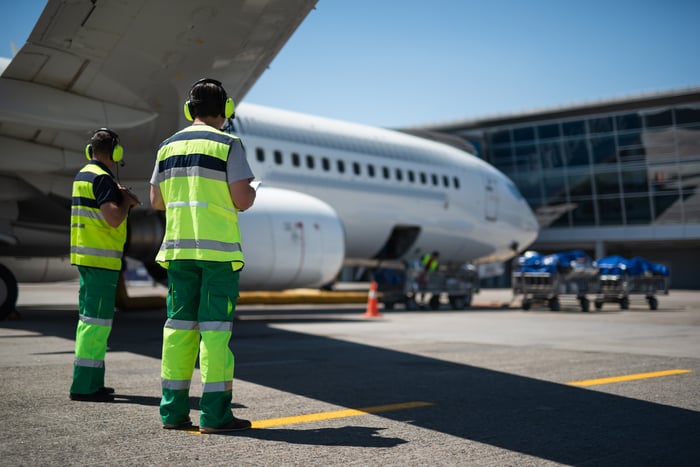 In his memo to employees, Bastian stressed the magnitude of the situation, saying "the speed of the demand fall-off is unlike anything we've seen – and we've seen a lot in our business." He focused on the need for cash preservation and removing costs from the business.

Included in the cost reduction plan was the immediate suspension of 100% of Bastian's salary for six months, an overall capacity reduction of 40% for the next several months, along with the idling of as many as 300 aircraft to support the revised schedules.

The layoff of the contract workers was part of the plan for "substantially reducing the use of consultants and contractors." Also included is the plan to delay the acceptance of new aircraft deliveries as part of an overall goal to reduce capital expenditures by a minimum of $2 billion for the year.