Please ensure Javascript is enabled for purposes of website accessibility
Log In Help Join The Motley Fool
Free Article Join Over 1 Million Premium Members And Get More In-Depth Stock Guidance and Research
By John Rosevear - Mar 16, 2020 at 10:45AM

Production at eight factories is suspended as of today.

Fiat Chrysler Automobiles (FCAU) said Monday that it will halt production at most of its European factories until March 27 in response to what it sees as a likely interruption in market demand due to the novel coronavirus pandemic.

FCA said that production for its Fiat, Maserati, and Jeep brands will halt for the next two weeks at six of its factories in Italy, and at two other plants, in Serbia and Poland. 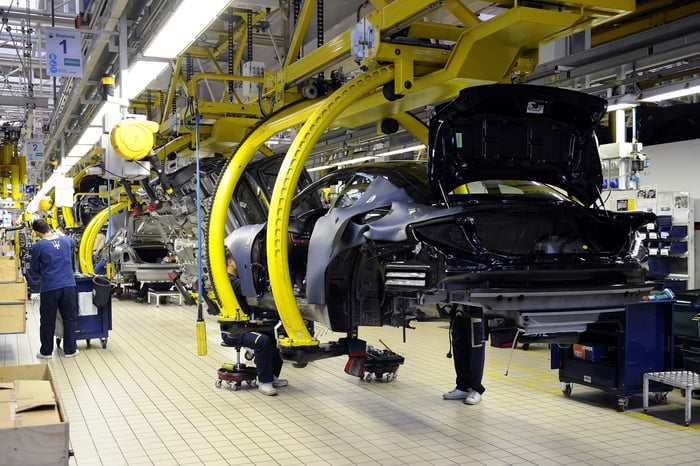 Maserati's factory, in Modena, Italy, is one of eight European factories shut down by FCA on Monday. Image source: Fiat Chrysler Automobiles.

FCA said in a statement that its goals with the shutdown are to keep dealers from being over-supplied while virus-related quarantine measures are under way, and to ensure that it can restart production promptly as soon as market and health conditions allow.

The move follows a similar decision by Ferrari, which said that it will close its two Italian factories until at least March 27, because of an emerging shortage of parts from suppliers. Volkswagen subsidiary Lamborghini, which operates a factory near Bologna, has also shut down production for the time being.

Brembo, a manufacturer of high-performance brakes that supplies a long list of automakers including both Ferrari and FCA, said on Friday that it is suspending production at its four factories in Italy starting today.

Italy has been especially hard-hit by the outbreak of the COVID-19 virus, particularly in the north of the country where much of its industry is located.

The Italian government has shut down schools, shops, and restaurants nationwide, while allowing companies to operate under strict measures intended to slow the spread of the virus.