Please ensure Javascript is enabled for purposes of website accessibility
Log In Help Join The Motley Fool
Free Article Join Over 1 Million Premium Members And Get More In-Depth Stock Guidance and Research
By Howard Smith - Mar 16, 2020 at 11:55AM

The detection of infected workers has forced Ford to halt production at its Spanish factory.

Ford Motor Co. (F 1.71%) announced on Sunday that it would be temporarily closing its plant in Valencia, Spain, after three employees have tested positive for COVID-19. This is just one of many announced automotive manufacturing plant closures in Europe due to the outbreak. 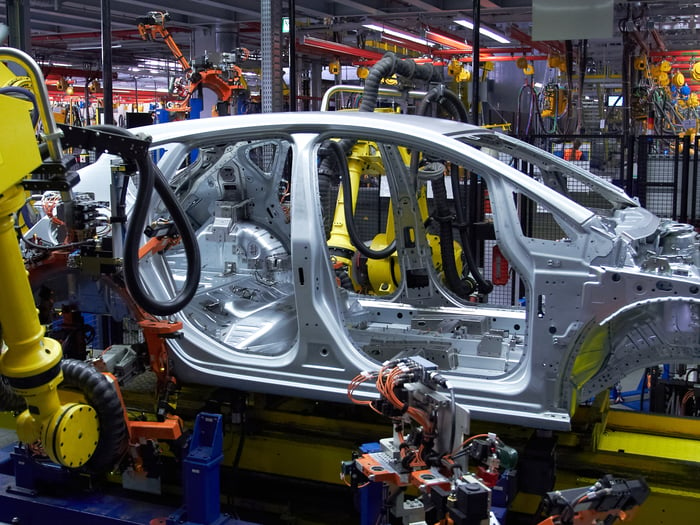 The company announced Sunday,"we have had three positive cases of COVID-19 in the Ford Valencia plant in the past 24 hours." The decision was made to close the plant for the remainder of the week, beginning today. The company also said it was following its protocol for the situation by isolating other workers that had been in contact with those that tested positive.

The Valencia plant is home to the Mondeo and Galaxy models, and employs over 7,000 workers, making it one of Ford's largest plants outside the United States.

Separately, Ford put out a joint statement yesterday with the United Autoworkers union (UAW), General Motors Co. (GM 1.35%), and Fiat Chrysler announcing the formation of a task force to address protections for workers amid the COVID-19 outbreak.

The statement from the CEOs of the three automotive companies said,"This is a fluid and unprecedented situation, and the task force will move quickly to build on the wide-ranging preventive measures we have put in place. We are all coming together to help keep our workforces safe and healthy."