The company is doing what it can to keep revenue flowing despite the virus.

Shares of Starbucks (SBUX -0.83%) were down sharply on Monday afternoon after the coffee giant announced that it's moving many of its stores to takeout-only service for at least the next few weeks.

Starbucks said over the weekend that it is temporarily moving its stores in the U.S. and Canada to a "to go" operating model, meaning that it won't allow customers to sit and linger in its stores.

The company will continue to serve customers on a walk-in or drive-through basis, but it's spreading out seating both inside and outside its stores to encourage "social distancing." Health and governmental authorities have urged people to stay several feet apart in an effort to slow the spread of the COVID-19 coronavirus. 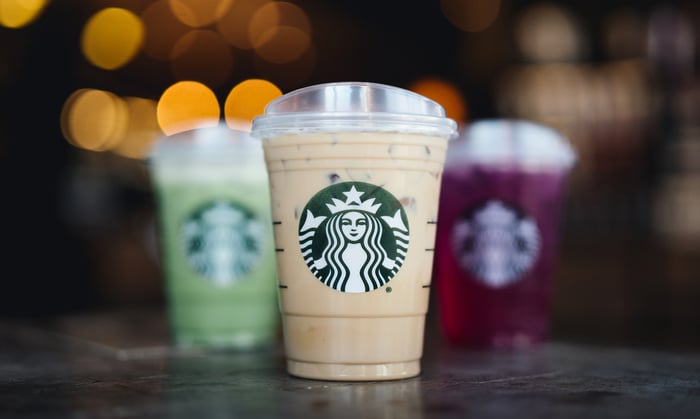 The company also announced on Monday that it is adding a mental-health benefit for its employees and eligible family members. It will now cover up to 20 therapy sessions a year.

Although Starbucks said that the timing of the announcement wasn't related to the coronavirus pandemic, it's a welcome development.

Starbucks is doing what it can to sustain some level of sales at a moment when retail foot traffic looks likely to be down sharply for at least several weeks. Investors won't have a sense of the virus's impact on the company's top or bottom lines for a while, but it does appear that for now at least, the company is making the most of the hand it has been dealt.