Europe is starting to shut down, and that will be very expensive.

Shares of German automakers BMW (BAMXF 2.47%) (BMWYY -1.18%), Mercedes-Benz parent Daimler (DMLR.Y -0.92%), and Volkswagen (VWAGY -1.73%) were all under heavy selling pressure at midday on Monday, as investors contemplate the growing likelihood that auto production in Europe will be suspended for at least several weeks.

Simply put, measures put in place by governments in response to the COVID-19 pandemic look increasingly likely to shut down auto production (and sales) in Europe and the United States for an extended period. 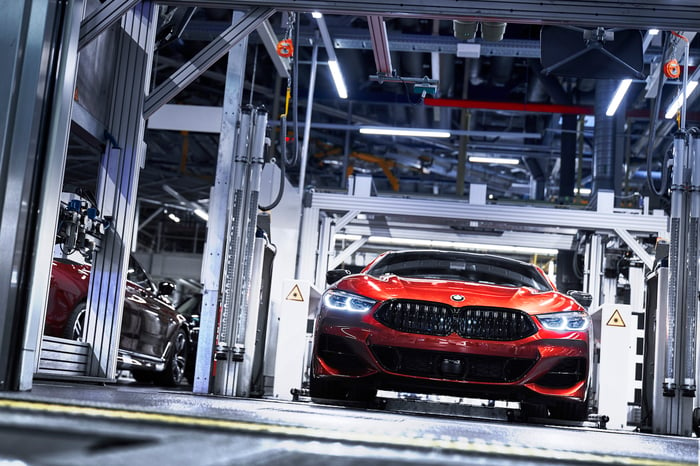 BMW's plant in Dingolfing, Germany, is one of many European auto factories that may soon shut down. Image source: BMW AG.

Because automakers book revenue when vehicles are shipped, and because many of their costs are fixed, any extended shutdown will hit their cash flows very hard. And even after the virus passes, automakers may well have to navigate through several quarters of economic recession.

Auto investors are right to be concerned.

As of midday on Monday, automakers including Fiat Chrysler Automobiles, Renault, and Peugeot had decided to shut down vehicle production at many of their European factories. Key European auto suppliers including brake manufacturer Brembo have also shut down, making it increasingly likely that the German automakers will have to suspend production for lack of parts in the near future.

We don't yet know how long, or how expensive, these shutdowns will be. But as of now, it looks like the first half of 2020 is going to be a costly time for BMW, Daimler, and Volkswagen.