Please ensure Javascript is enabled for purposes of website accessibility
Log In Help Join The Motley Fool
Free Article Join Over 1 Million Premium Members And Get More In-Depth Stock Guidance and Research
By Will Healy - Mar 17, 2020 at 10:12AM

Tesla's factory is in the heart of the Bay Area's shutdown zone.

Tesla's (TSLA -6.92%) Elon Musk is not shutting down. The CEO of the electric automaker has indicated the plant will remain open at a time where most "non-essential" businesses have halted production or dramatically scaled back operations in the wake of COVID-19.

The Fremont, California production plant, Tesla's only auto production facility in the U.S., is located in the middle of the shutdown zone in Alameda County, California.

Tesla has shown some indications of business as usual. The plant has just begun production of the Model Y crossover. Also, according to the Los Angeles Times, a spokesperson for Alameda County stated that they deemed the plant an "essential" business. This would allow the plant to keep operating despite a general shutdown where local residents are generally following government orders to stay at home.

Tesla has also given few indications as to whether it could meet its production goals for 2020. In its Q4 outlook, it stated it would "comfortably exceed" 500,000 units. However, RBC Capital Markets forecasts a 16% reduction in vehicle production for 2020. The company produced 415,000 vehicles in 2019, meaning Tesla's output could end up falling. 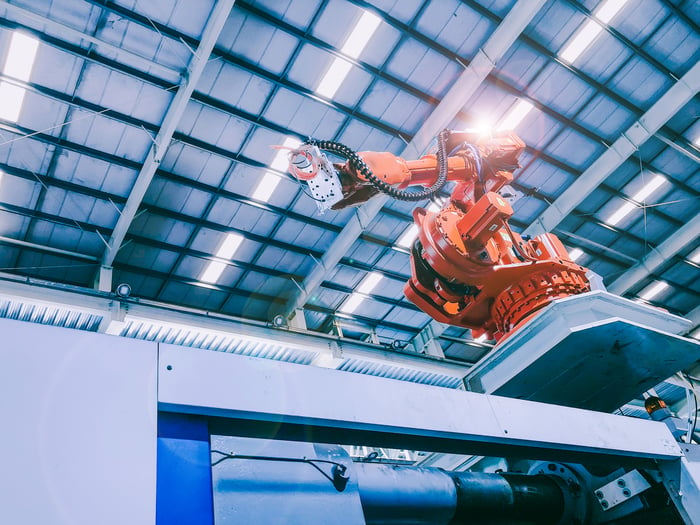 Despite this possibility, Mr. Musk has not ignored the coronavirus outbreak. "I'd like to be super clear that if you feel the slightest bit ill or even uncomfortable, please do not feel obligated to come to work," he stated in a letter to his staff. Mr. Musk also told his team he continues to come to work. The message gave no indication as to whether these workers would receive pay if they did not come to work.

The coronavirus panic is dumb

Like with other car stocks, investors have sold off Tesla amid the market sell-off. Tesla fell by $101.55 per share in Monday trading, closing at $445.07 per share.