Plan to buy $3 billion worth of insiders' shares may be put on hold.

Five months ago, Japanese investment fund Softbank Group (SFTBF -1.91%) struck a deal to gently usher WeWork co-founder Adam Neumann out the door and take control over the company itself. In a deal valuing the short-term office lease company at $8 billion, down from $47 billion earlier in the year, Softbank would: 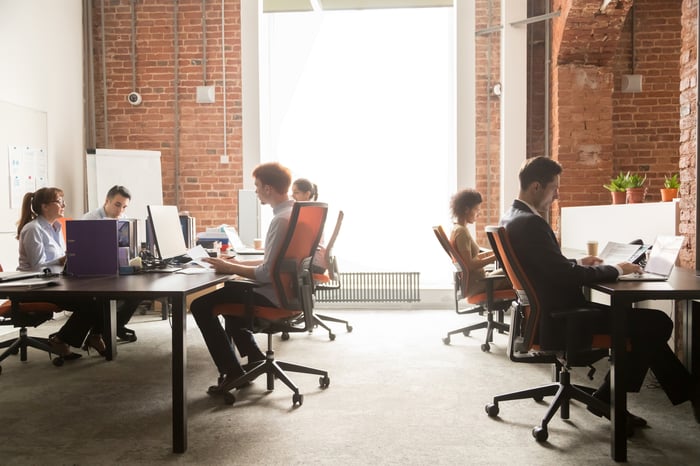 In exchange, Softbank would grow its ownership stake in the company to about 80%.

Now, Softbank is having second thoughts about the first part of that plan. In a letter sent to WeWork shareholders today, reports The Wall Street Journal, Softbank suggested that it might no longer be bound to purchase the $3 billion worth of WeWork stock from its employees and other investors, citing "regulatory probes into the start-up's business, including from the Securities and Exchange Commission and Justice Department," says WSJ.

Should Softbank act on the implied threat, it wouldn't necessarily imperil its existing investment in WeWork, inasmuch as Softbank has already made the $1.5 billion investment and begun lending under the "$5 billion lifeline" as well. Thus, WeWork should have access to the cash it needs to survive as a business.

What would change would be that WeWork's existing shareholders and investors couldn't count on getting bailed out by Softbank. Granted, failure to acquire the shares would also probably mean Softbank wouldn't gain total control over the company. Then again, if the present coronavirus crisis morphs into a full-blown recession, maybe Softbank would be better off not owning WeWork at all.