Please ensure Javascript is enabled for purposes of website accessibility
Log In Help Join The Motley Fool
Free Article Join Over 1 Million Premium Members And Get More In-Depth Stock Guidance and Research
By Evan Niu, CFA - Mar 17, 2020 at 10:10AM

A Wall Street analyst suggests that the Mac maker should scoop up the House of Mouse.

Speculating on what businesses Apple (AAPL -0.44%) can or should buy is one of Wall Street's favorite hobbies. After all, with over $207 billion in cash as of the end of 2019, there aren't many companies that the Mac maker can't buy. Historically, Apple tends to make relatively small acquisitions for technology that it can incorporate into future products and services. While CEO Tim Cook has said that he's open to larger purchases, the company's biggest buy to date is still Beats, which it scooped up for $3 billion. 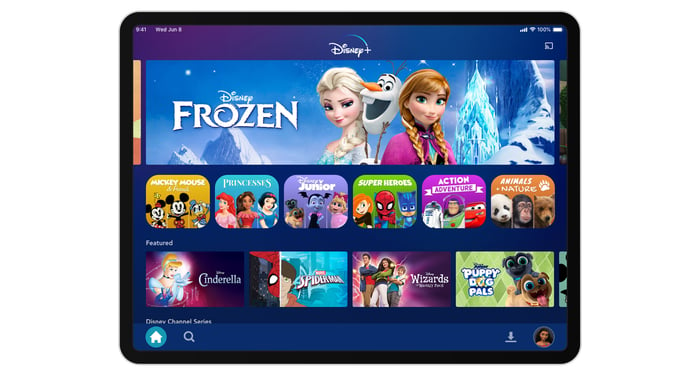 Rosenblatt analyst Bernie McTernan recently suggested that Apple could take advantage of the historic coronavirus-driven market sell-off to scoop up the House of Mouse. Disney shares have lost over 30% of their value over the past month, bringing its market cap down to around $170 billion. 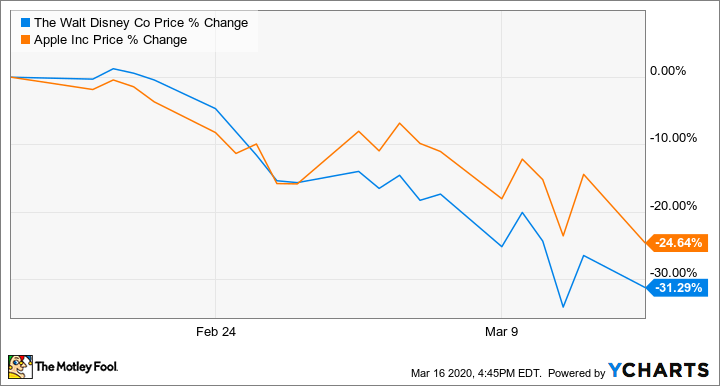 Both companies launched their respective video-streaming services last November, but Disney+ has fared considerably better than Apple TV+ thanks to an expansive content catalog that Disney has spent decades creating. As of early February, Disney+ had 28.6 million subscribers. Apple has not disclosed how many Apple TV+ subscribers it has, but third-party estimates peg the subscriber base at 33 million, although many of those customers are undoubtedly taking advantage of Apple's promotion that includes a free year of service with qualifying hardware purchases, rendering the Cupertino tech giant's figure far less impressive.

"Disney+ could solve Apple's content problem as we believe AppleTV+ is off to a relatively slow start," McTernan wrote in a research note to investors. "We believe those with [long time] horizons, like mega-cap companies with large cash balances and whose equity outperformed Disney over the last three weeks, like Apple, could take advantage of the volatility."

Apple TV+'s biggest weakness is a lack of content, as the company is only interested in original content and it takes a lot of time to develop all those movies and TV shows. Disney+, on the other hand, has so much stuff that last year it posted a social media thread with nearly 700 tweets to showcase the service's lineup.

"The upside from acquiring Disney would be securing their content/streaming strategy and potential synergies from adding the emerging Disney ecosystem to the iOS platform," according to McTernan.

After factoring in some type of premium, any potential acquisition of Disney would still easily cost $200 billion or more -- even after the recent plunge.

Sure, Apple could use the vast content library, but Disney's sprawling business includes segments that Apple has no interest in (and the entertainment giant is also in the middle of a CEO transition). Apple doesn't want to operate theme parks (which are temporarily closing amid the pandemic), merchandise licensing, or media networks like ABC and ESPN -- which combined represented over 70% of revenue last quarter.

As much as Apple is trying to get rid of all its cash, spending $200 billion (even in a cash-and-stock deal) to buy a conglomerate that it's only partially interested in would be reckless and irresponsible.