The Detroit automakers have agreed to shut down their U.S. manufacturing facilities due to worker concerns about the spread of the novel coronavirus, the Associated Press (AP) has reported. The move is expected to idle roughly 150,000 workers.

The decision represents a dramatic change of course for Ford Motor Company (F -2.46%), General Motors (GM -1.59%), and Fiat Chrysler Automobiles (FCAU), one that will have a major impact on their revenue and sales in the near term. 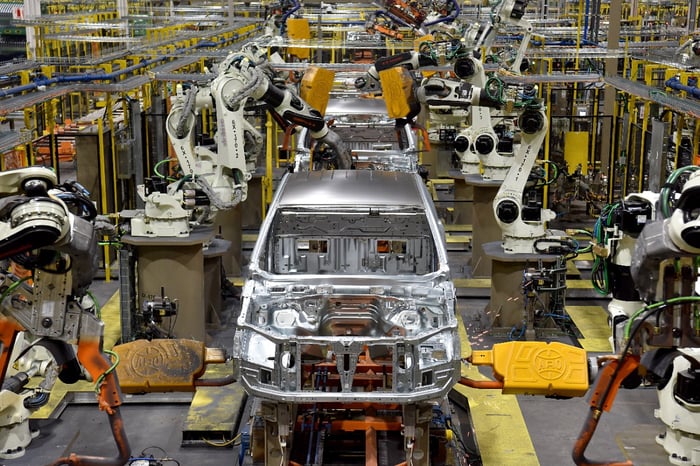 Ford shut down its Michigan Assembly Plant this morning after a worker tested positive for the COVID-19 virus. The factory will remain closed until March 30, Ford said. Image source: Ford Motor Company.

As recently as this morning, the 3 automakers had planned to keep the plants open after agreeing to enhanced safety and cleaning measures in a meeting with United Auto Workers (UAW) union leaders on Tuesday night.

But, as first reported by the AP, continued pressure from UAW leaders on Wednesday, and Honda Motor's (HMC -1.29%) decision on Wednesday morning to shut down all of its North American factories for at least six days, convinced the U.S. automakers to change course.

In a statement, Ford said that it will close all of its manufacturing facilities in the U.S., Canada, and Mexico until March 30 to "thoroughly clean and sanitize" the plants to ensure workers safety. The plants will shut down after Thursday's work shifts.

Ford said it has already closed one U.S. factory. The final assembly building at Ford's Michigan Assembly Plant, near Detroit, was shut down for cleaning and disinfection after an employee tested positive for the COVID-19 virus. The factory's production will remain halted through March 30, Ford said.

GM said in a statement that it will begin a "systematic orderly suspension of manufacturing operations in North America due to market conditions and to deep clean facilities and continue to protect people." GM expects the shutdowns to last until "at least March 30," it said.

It was not immediately clear how FCA planned to proceed.