Please ensure Javascript is enabled for purposes of website accessibility
Log In Help Join The Motley Fool
Free Article Join Over 1 Million Premium Members And Get More In-Depth Stock Guidance and Research
By John Rosevear - Mar 18, 2020 at 11:08AM

The automaker's planned 6-day pause in manufacturing is due to an expected slump in demand.

Honda Motor (HMC 0.04%) said Tuesday that it will suspend production at its North American factories for six days in an effort to adjust to an expected drop in demand amid the COVID-19 pandemic.

All of the automaker's assembly plants in the U.S., Canada, and Mexico will suspend production on March 23; the current plan is for them to restart production on March 31. The engine and transmission factories that supply those plants will shut down for the same period.

Honda said that all employees would continue to receive full pay through the shutdown period. 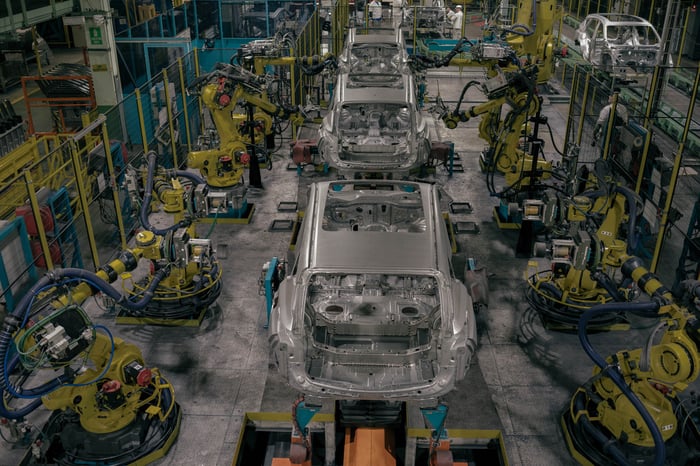 Honda is the first automaker to announce shutdowns of its U.S. factories since the outbreak of the novel coronavirus. Several of its peers, including Ford Motor (F -2.72%) and BMW AG (BMWYY -0.58%) (BAMXF 2.47%), have already announced plans to close factories in Europe due to dwindling demand and health concerns.

Health authorities in the U.S., Canada, and Europe are urging companies to take aggressive measures to ensure "social distancing" between employees in an effort to slow the spread of COVID-19 and prevent the pandemic from overwhelming healthcare systems.

Honda expects the shutdowns to reduce its production by about 40,000 vehicles. The company sold about 120,000 vehicles in the U.S. in February.